Sheep discovered in boot of car in Loughborough 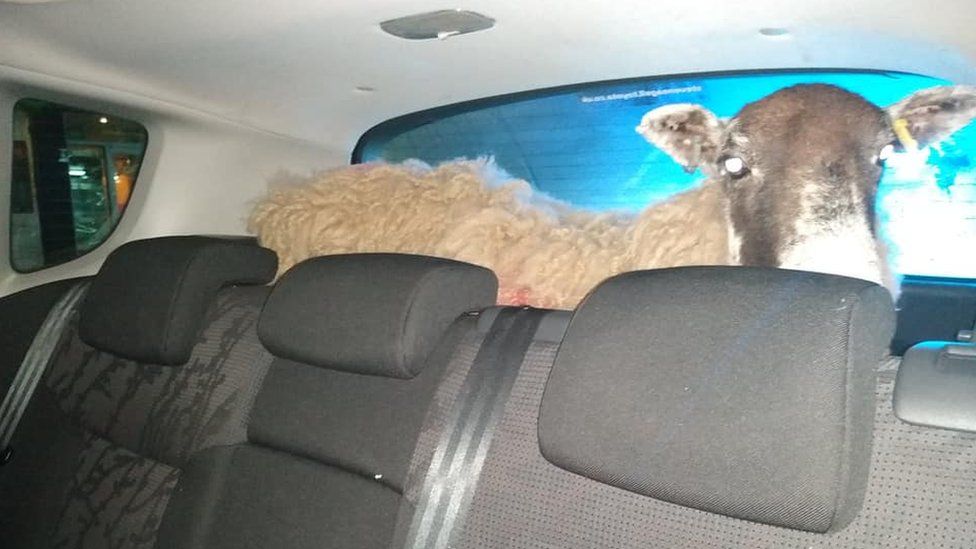 The ewe was discovered in the back of a Peugeot (Photo: Leicestershire Police)

A sheep has been rescued from the boot of a car after police stopped the vehicle after it ran a red light in Loughborough city centre.

The uninjured ewe, found 'safe and well', was stood in the back of a Peugeot in Loughborough High Street on Friday night (2 April).

Investigations are underway but Leicestershire Police's rural crime team said the driver and passenger had claimed the sheep was legitimately purchased.

The force said it would speak to Defra officials and use the animal's ear tag numbers to try and identify the legitimate owner.

In a statement, a spokesperson for Leicestershire & Rutland Rural Crime said: “This ewe was found in the rear of a Peugeot by colleagues in Loughborough.

"The vehicle ran a red light and so drew officer’s attention to it.

“The car was seized as it had no MOT or insurance, and the ewe has been safely recovered and is in good health.

"The driver and passenger will be spoken to in the near future in a police interview."

The force added: “If you think she belongs to you – please get in touch quoting incident 629 of today.