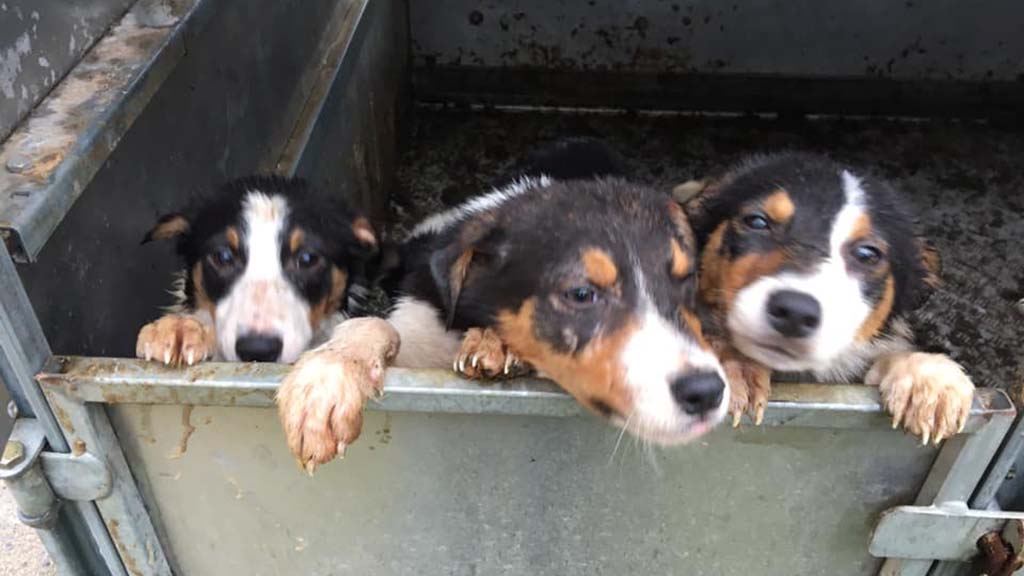 A Welsh farmer has expressed his shock after finding six border collie puppies abandoned in his livestock trailer on his farm in Anglesey.

Carwyn Thomas, who farms near Llannerchymedd, found the puppies in a 'poor state' at around 7:30am on Saturday (27 June).

Posting on Facebook, he said: "Six puppies found on road between Llanerchymedd and Llynfaes this morning. Followed a quad bike to Plas Coedana yard."

As of Wednesday (1 July) the post has been shared nearly 3,000 shares and has received more than 300 comments from concerned social media users.

Mr Thomas has also been 'inundated with calls' from members of the public who were offering to help care for the puppies.

Speaking to North Wales Live, he explained that because the dogs were not microchipped and no owner could be traced, his priority was to find 'loving homes' for the dogs.

"There were so many people commenting, and whilst I have no doubt that their intentions are great, I can’t possibly vet people for suitability etc," the farmer told the paper.

"I tried calling the local dog warden but they don't work at the weekends and eventually I contacted the North Clwyd Animal Rescue centre and they came and collected them."

The puppies were collected by the charity on Saturday (27 June).