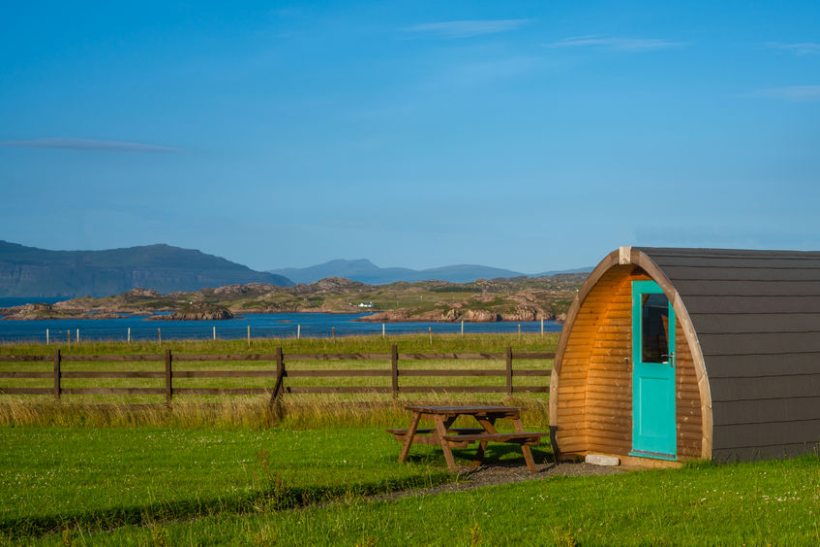 The plans fail to take into account the important role short-term lets have across rural areas, businesses warn

Licencing laws being proposed in Scotland will have a 'devastating' impact on farming and rural businesses, according to an organisation representing them.

New licensing laws are being proposed by the Scottish government for short-term lets, including glamping sites, B&Bs and holiday cottages.

Under the proposals, local authorities would be able to decide whether a short-term let was suitable based on density, residential amenity and housing shortages in the area.

It comes as part of a response to problems caused by the growth of Airbnb in mainly urban areas, including anti-social behaviour, safety and lack of housing.

But rural businesses have said that the Scottish government's proposals had been shaped with mainly urban hot spot areas in mind.

They warned the plans failed to take into account the important role short-term lets have across rural areas by providing housing for communities and workers, as well as tourism.

Responding to the proposed laws, the Scottish Land & Estates (SLE) said they came at a time when rural areas were 'reeling' from the impacts of the Covid-19 pandemic.

SLE policy adviser, Simon Ovenden said: “We absolutely agree that the safety of people using short-term lets is paramount and communities should not be driven apart by a lack of available long-term housing in their local area.

“We are, however, very concerned that this one size fits all approach fails to reflect the needs of rural communities and could lead to mass closures of short-term accommodation, which would have a massive impact on rural Scotland."

A registration scheme akin to the Association Of Scotland's Self-Caterers' (ASSC) proposal would be a positive step forward and in tune with the interests of all parties, Mr Ovenden explained.

He said this would allow proper enforcement of existing health and safety standards and appropriate planning policy, which prioritises housing development for residential use without bureaucracy and high costs.

“A number of rural businesses hire seasonal and short-term workers for jobs which may only last a short number of weeks or months," he said.

"Offering accommodation is key to filling these roles, but if these new laws are to be introduced then that could be put at serious risk."

He warned the regulations would not only impact short-term let providers but also affect other local businesses, with many relying on local tourists visiting their area of rural Scotland.

"The wider-scale impact of such changes must be understood before any new regulations are brought into force and we do not feel adequate time has been set aside to effectively do that,” Mr Ovenden said.