Show goers return to English Winter Fair in their droves 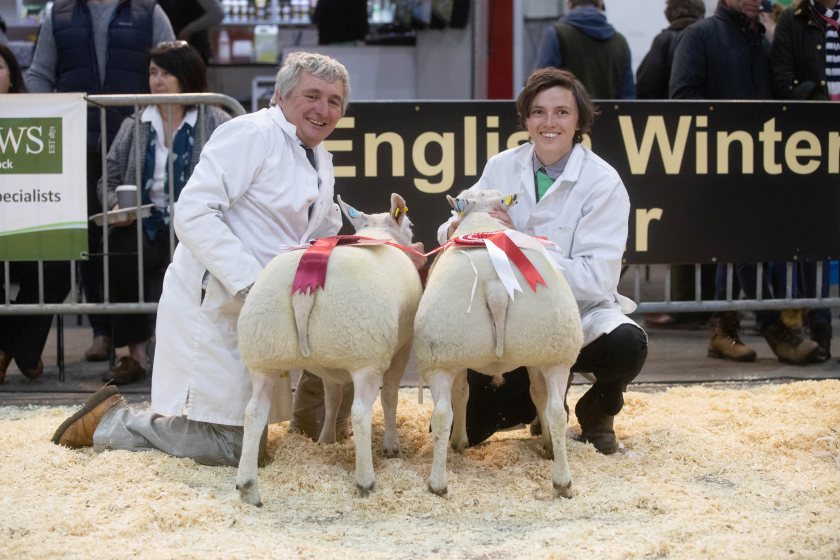 Crowds at the English Winter Fair were treated to a top-class exhibition of livestock, butchery and food products

Show goers returned to the English Winter Fair in their droves over the weekend as two Welsh farmers took home the Supreme Champion and Reserve titles from the cattle ring.

Back after Covid-19 caused the cancellation of the 2020 showpiece, crowds were treated to a top-class exhibition of livestock, butchery and food products in what is one of the most diverse events of its type.

Glangwden Rita, a pedigree Limousin from Dai Thomas of Llanwnnen, Lampeter, was tapped out by judges Phil Sellers and Keith Harryman, taking home the Birmingham Post Challenge Trophy and £1,000 from sponsor Carter Jonas.

The 19-month-old heifer was bred by CL & FE Jerman and narrowly pipped Smartie – a Limousin cross from Denbighshire – to the crown with the heifer from Edwards Brothers claiming the Reserve title.

It was the culmination of two days of intense, quality judging in the main ring where, earlier in the day, B & L Wilkinson from Leyburn in North Yorkshire won the Baby Beef title with their Limousin cross heifer, Maggie.

N Griffiths won the National Pedigree Calf Show, sponsored by Tithebarn, with Sky High 1 Miss Allure. The Hereford heifer was tapped out ahead of Reserve Champion Foxhillfarm Sportman – a Limousin from Mr and Mrs M Alford.

There were several first-time winners at the show, including Raymond Johnson who won the Pedigree British Blue title with Tip Top Rainbow, while also claiming victory in the pork carcass competition. Raymond and his wife Terrie run Manor Care Farm near Derby where they have 25 suckler cows.

Nicola Beardsley and her 15-year-old son Harvey, from Brook Farm in Mugginton, Derbyshire, were successful at the first time of asking with their Hereford carcass which was picked out as the beef champion in the chiller.

The winner of the Royal Smithfield Club rib of beef competition was Ellie and Michael Wynne, who supply E W Coates Butchers in Matlock, Nottinghamshire.

The judges commented on its good layer of fat with quality marbling while also praising the depth of loin. 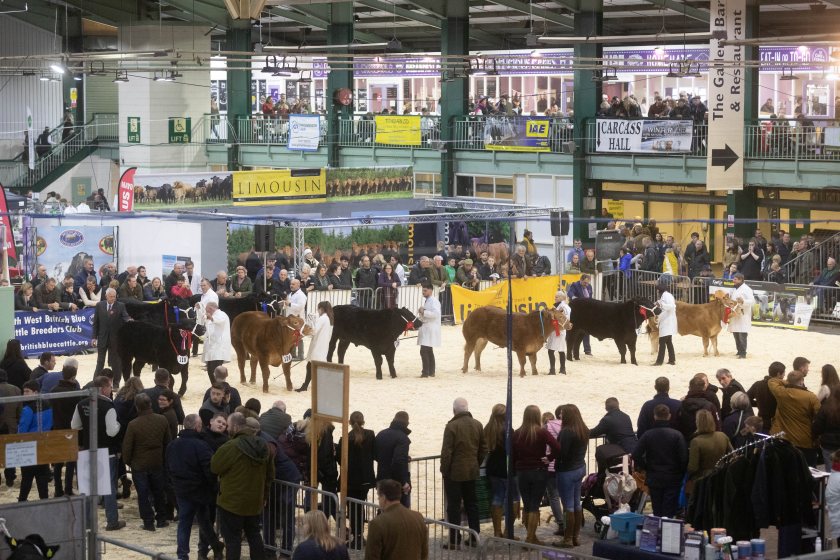 The saddle of lamb trophy went to Derbyshire-based M and A Hadfield and Sons for its “good eye muscle, good level of flesh”.

And in a grand spectacle in the showing ring, the Smithfield Duke of Norfolk Trophy was handed to the trio of Beef Shorthorn cattle from G Woollatt, B Birch & M Hendy, and N Griffiths.

Richard Saunders, Secretary at the Royal Smithfield Club, said: “We’re showing the very best of British beef and lamb and we had entries from farmers, different producers and local butchers – a really nice mix of continental and native cattle and sheep.”

In the live sheep classes, Miss RL Armstrong’s pair of Beltex took the Supreme Championship back to Hereford, while Robert and Andrew West from Collyweston in Northamptonshire won the Reserve.

Father and son team John and Oliver Lightfoot from Hartpury in Gloucestershire won the pair and single titles in the live pigs section.

Oliver said: “I come to the Winter Fair because I know a lot of people here and have friends who compete.

"I like competition and I think I can produce something good so coming to the bigger, national shows gives me the chance to show what I can do against some really strong producers.”

Richard Williams, CEO of the Staffordshire and Birmingham Agricultural Society, which organises the fair, said: “We were so pleased to be able to put the Fair back on this year, and the footfall we received shows that visitors were keen to get back to the showground too.

“The quality of competition was first rate, and the society is very proud to be able to put on such a diverse range of competitions which attracts everyone from young handlers to experienced professionals.

“For more than 18 months the agricultural community has been limited in the number of social events and large competitions being held so it was great to have the Winter Fair back.”