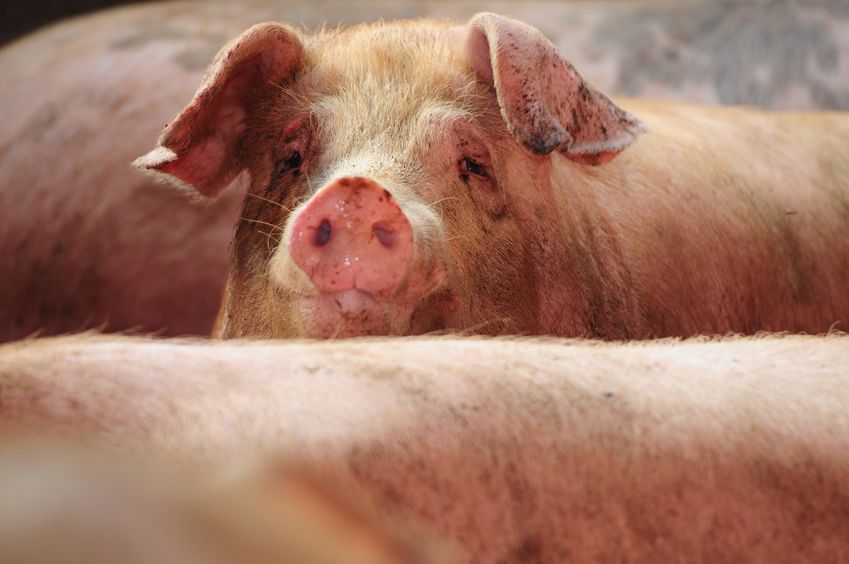 The NPA said around 6,600 healthy pigs that had been culled and disposed of so far

The situation on pig farms across the country remains 'critical' despite the government's support package for the industry announced earlier this week.

The National Pig Association (NPA) estimates that between 120,000 and 150,000 pigs are currently backed up on farms, leading to welfare culls.

It comes as the government said it would allow 800 overseas pork butchers into the UK on temporary visas to help stem the industry's chronic labour shortage.

Butchers working in abattoirs and processing plants will be allowed to arrive into the country to work for six months, Defra said on Thursday evening.

Environment Secretary George Eustice explained that 800 butchers were needed to meet staffing shortages and get the pig industry's crisis under control.

While the NPA has welcomed the government’s support package, it warned that the situation on many farms 'remains critical'.

The trade body said the measures needed to be "implemented promptly and effectively to bring about real improvement."

The latest Defra figures show that pig slaughterings in September were down 13% down on a year ago at 792,000 head, 137,000 fewer than September 2020, as staff shortages, particularly of skilled butchers, badly hampered throughput in processing plants.

The September figures are also 15 percent down on August and 16 percent on July, according to the department.

The labour issues in processing plants has seen some processors cut back on pig numbers by about 25% per week since August.

The NPA warned this meant more pigs were "backing up on farm, getting bigger, taking up extra space and costing a lot more to feed at a time when costs are at record levels."

Some farms have used up all of their contingency plans and run out of space, leaving them with no option but to cull healthy animals to ease space pressures.

The NPA said around 6,600 healthy pigs that had been culled and disposed of so far.

NPA chief executive Zoe Davies said the industry had a 'long way to go' before the crisis was over. "The situation on many farms is still critical so we must not stop now.

“From what we have seen so far, we believe that the package of measures - if implemented swiftly - can help to ease the backlog and the sooner the better.

"We are pleased that the government now fully understands our concerns and is committed to working with us and the supply chain to ease the situation.

“We will keep a close eye on how the measures are implemented and will also look to ensure the financial burden of clearing the backlog is shared evenly across the supply chain.”