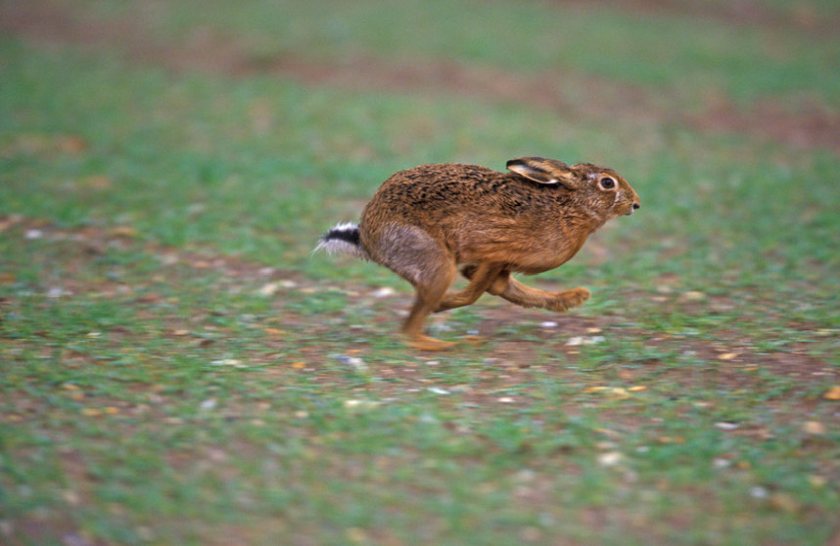 Six men have received Criminal Behaviour Orders after pleading guilty to attending and participating in a hare coursing event in Bedford.

The upsetting scenes generated public outcry on social media as dead hares were ‘paraded’ through the town centre.

The incident took place on 10 November, when over a hundred men attended an illegal hare coursing event between Great Barford, Ravensden and Blunham which had been organised as part of a funeral procession.

The offenders then proceeded to Norse Road, Bedford, where police were called to multiple reports of dangerous driving, as well as hunted hares being dangled from vehicle windows in the town centre.

The disturbing scenes were captured by onlookers and circulated on social media, attracting hundreds of comments.

Using footage captured on body worn cameras as well as evidence submitted by members of the public, PC Stuart Grant, leading the investigation dubbed Operation Lightning, worked with the National Wildlife Crime Unit and Rural Crime teams throughout the UK to identify potential suspects from across 11 police force areas across the country.

On 16 June, six men pleaded guilty at Luton Magistrates’ Court to offences under the Hunting Act.

All six were slapped with hefty court costs totalling more than £2,100 and issued with Criminal Behaviour Orders with restrictions that cover seven counties including Bedfordshire, Norfolk, Suffolk and Kent.

This order will remain in place for three years and the restrictions are designed to limit their ability to poach.

PC Grant, from the force's Wildlife and Rural Crime team, said: “We are truly thrilled with the result in this case. Though Hare Coursing was made illegal in 2004, we sadly continue to see some people partaking in this illegal and barbaric sport.

“These men have not only chosen to break the law, but also paraded trophies of their crimes through the town causing huge distress to those present and the wider community via social media.

“We hope this case will show the community that while we were unable to enforce this event at the time of the incident, the gravity of it was not lost.

"It was imperative that these offenders were brought to justice, and we are glad to have done just that.”

"Bedfordshire Police is one of 32 forces working together as part of Operation Galileo to tackle the criminals who cause harm through hare coursing, many of whom are involved in other criminality too.

“The impact of these incidents was felt across the country by rural communities who recognised the brazen disregard for wildlife or property, and who have supported greater police action in this area.

“This result sends a clear message to the criminals involved in hare coursing – police will put more resources into preventing your barbaric behaviour, into preventing the intimidation and damage, and into putting you before courts to impose penalties that reflect the harm you cause.”

New legislation has been passed which comes into force in August, giving courts powers to impose penalties which better reflect the impact of hare coursing as well as the financial elements for offenders from the illegal gambling associated with it.

A further five men will have a hearing later this year.