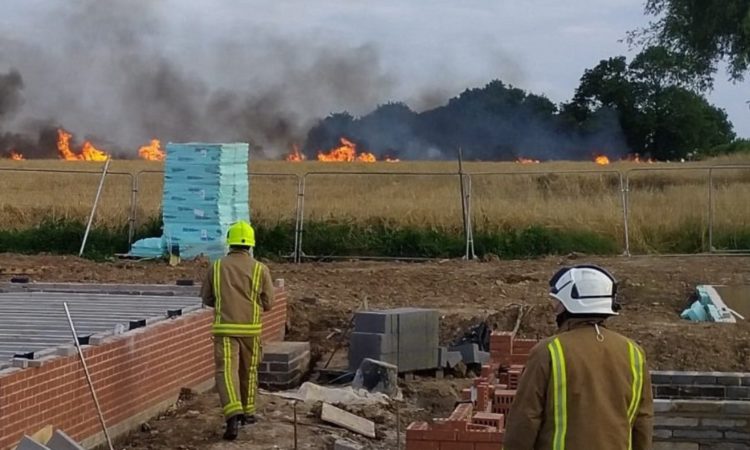 Six teenage boys have been arrested in connection with a major fire which ripped through farmland and crops in Lincolnshire.

The 14-year-olds were arrested by Humberside Police after the Cleethorpes farm incident.

Around 140 acres of land was destroyed following the devastating fire, according to Humberside Fire and Rescue Service.

Humberside Police said in a statement: “We have arrested six teenage boys, from Cleethorpes and Humberston, in connection with a fire which set alight farm-land and crops on South Sea Lane in Cleethorpes yesterday (Monday 5 August) evening.

“Holiday makers and at nearby holiday parks were evacuated from their mobile homes while the emergency services worked to bring the fire under control.

“If anyone has any information about this fire or saw anything that would help with our enquiries please call our non-emergency number 101 quoting log 480 05/08/19.”

The incident follows news of a West Yorkshire farmer who admitted he may quit farming after a large barn fire caused by a suspected arson attack nearly killed 150 sheep.

Whilst arson attacks on farms and small holdings may be difficult to eliminate, the NFU has provided number of simple precautions can substantially reduce the risk.