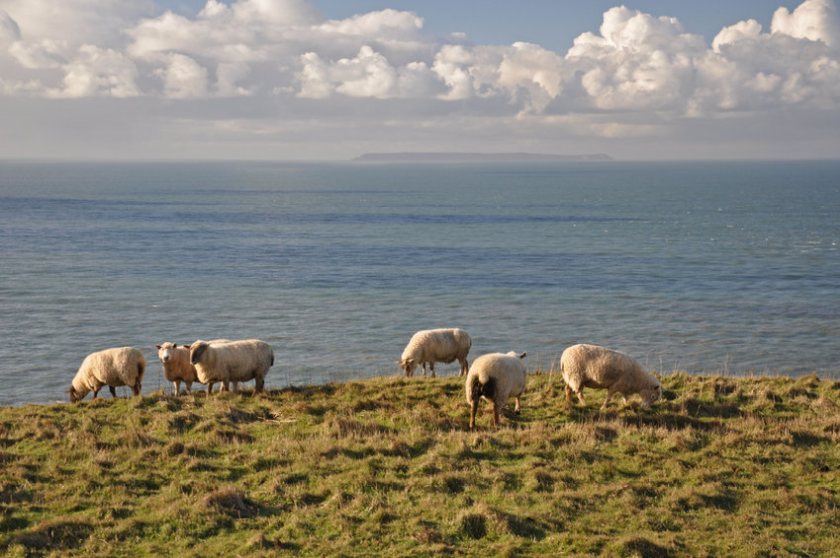 Over £800m could be lost from the South West's economy as the farming industry undertakes its post-Brexit transition away from the EU's support system, new research suggests.

Cornwall, Devon, Dorset, Somerset and the Isles of Scilly could see an 'economic shock' against the backdrop of drastic changes in farmers' support payments.

Over the agricultural transition period, the research calculates that the total BPS amount lost from the rural economy of the South West will be £884m by the end of 2027.

By adding the amounts deducted each year, researchers were able to calculate the total amount being taken from the BPS between 2021 and 2027.

Conducted by the Countryside and Community Research Institute (CCRI) at the University of Gloucestershire, the report warns [PDF] that the transition is 'proving difficult' for South West farms, which are often small businesses vulnerable to a loss of support.

Farming in the South West is still predominantly a family business of a relatively moderate size compared to England, this is partly due to a focus on labour-intensive livestock farming.

This is particularly important for the loss of BPS, as smaller farms with higher labour costs will be hit harder by a reduction in income as BPS makes up a higher proportion of that income.

The transition to the UK's new Sustainable Farming Initiative (SFI) also comes as many farming and rural businesses battle with significant cost inflation.

Replacing the Common Agricultural Policy (CAP) support, the SFI will pay farmers to undertake measures to boost the environment, as well as provide 'public goods'.

But researchers say the SFI replacement has had an 'uncertain start in the region', as the package of support is expected to be 'worth much less overall'.

Chris Short, associate professor at the CCRI and the report's lead researcher, said the impact of the transition on the South West’s agricultural sector should not be underestimated.

"This funding is disappearing, just as living and business costs are rising sharply across the country," Mr Short said.

"Any reduction in spending at farm level will have a direct impact on the wider rural economy. The impact of these changes will also be felt far beyond the farm gate.”

The report indicates that with up to £440 million less to spend on materials and services, there will be a significant knock-on for local jobs and businesses.

With farming being a significant driver for the region’s economy, the predicted impact on the sector’s supply chains, producers, suppliers, business owners and workers is 'widespread'.

Mel Squires, regional director of NFU South West, which helped fund the research, said the scale of reductions in available funds was considerable and could not be ignored.

"The effects will be multiplied, as the wider counties, regional economy and benefits to local communities will be impacted," she added.

"That is why we are seeking government support for a whole farm approach to holistic business advice and support at a period of already significant change.

“We need to give confidence to our family farms to plan for the future in unprecedented times, and take advantage of the opportunity that change should also bring."

The report also makes clear that the loss of income over the payment transition period will have a widespread impact on the wider rural economy, businesses and jobs.

Local authorities are being called on to help mitigate the impact of the transition by ensuring the needs of the rural economy are fully incorporated into their emerging investment plans.