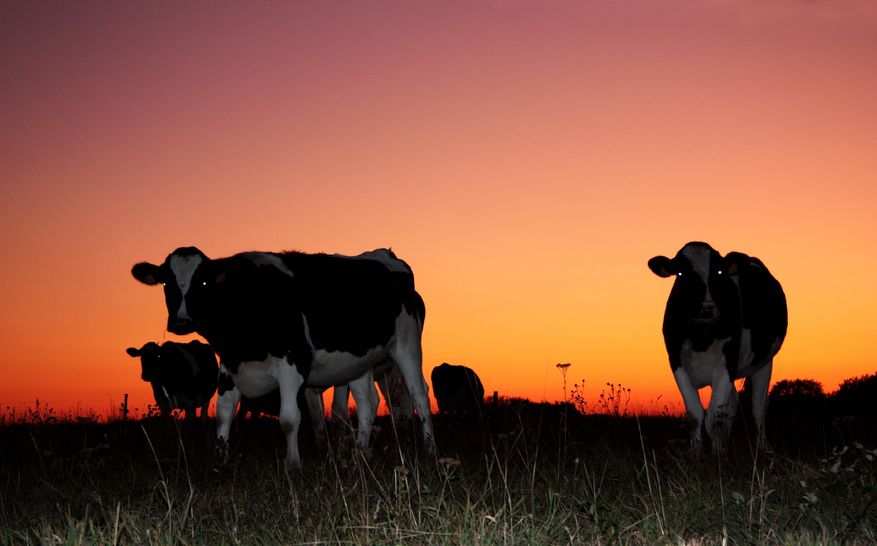 The scientists say it will not only help the environment by cutting emissions, but also support farmers by lowering production costs

A team of UK scientists are trying to make the farming industry more efficient by applying space technology to help tackle ammonia pollution.

Agriculture is a vital multi-billion pound industry for the UK, but faces challenges in the ever-increasing demand for food and dwindling land resources.

To meet these challenges and remain competitive, farmers have had to intensify production with increasing reliance on chemical fertilisers – but these measures have increased the amount of pollution caused by agriculture.

A main contributor is ammonia, a gas which is generated by livestock and released from fertiliser use directly into the atmosphere. As a pollutant, it is having a growing impact upon the environment.

A research team, led by Professor Brian Ellison from the Science and Technology Facilities Council’s RAL Space facility, is working to create a way of monitoring the ammonia emissions so that mitigation procedures can then be introduced.

The scientists say that this will not only help the environment by cutting emissions, but also support farmers by lowering production costs, for example by reducing expensive fertiliser use.

They are investigating a technique for Continuous Ammonia Monitoring for Agriculture – known as the CAMAG project.

The instrument concept uses a gas sensing method that was originally developed for radio astronomy research and satellite-based Earth observation to detect the microwave signals given off by the ammonia.

Professor Ellison said: “By combining the knowledge of scientific and technical experts within RAL Space and ADAS, we are developing a sensing system that can provide a real-time measurement of an ammonia output from the ground and within the farm location.

“The benefit of using this technology is that it is passive, non-invasive, and thus does not damage the ‘product’, and is affordable. Its application will help reduce climate change and also support the agricultural industry by enhancing production efficiency.”

Atmospheric ammonia pollution is of concern to agricultural and atmospheric scientists across the globe. When ammonia combines with other pollutants in the atmosphere it can form dangerous particles which, when inhaled, may pose a threat to human health.

As global leaders attempt to introduce measures to mitigate the human impact on the natural world, international targets have been introduced alongside practical measures to try to reduce the amount of ammonia emission.

“Our preliminary scientific and technical evaluation indicates that it is possible to use our proposed instrument to sense and monitor ammonia,” Professor Ellison said.

“Now we need to assess the accuracy of the method and compare its performance to alternatives to fully establish its effectiveness.”