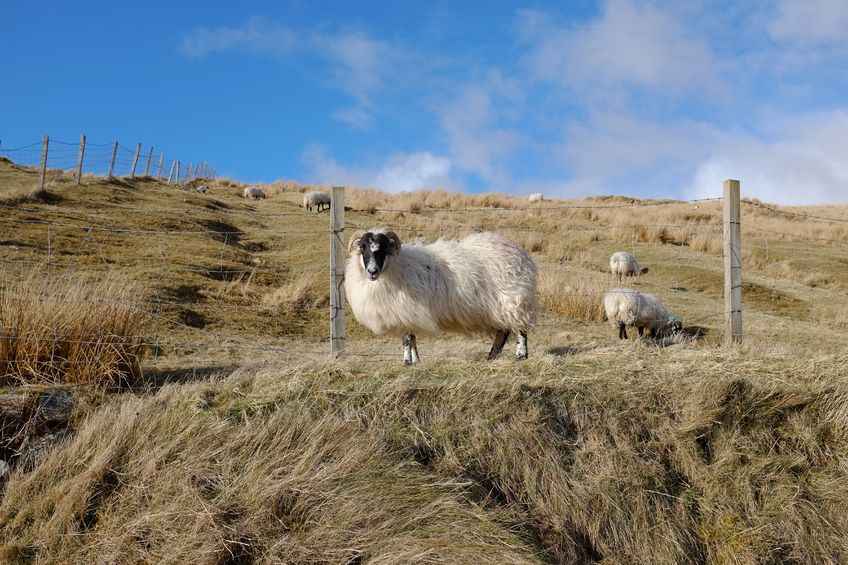 Delegates heard how the UK's food safety, animal and plant health, welfare and traceability for farming will be 'sold to the cheapest bidder' if no measures are in place to prevent lower standard imports

The government must strike trade deals which ensure standards on imports match the UK's or risk living with double standards, the NFU Scotland president has said.

Speaking at the union's annual conference, Andrew McCornick called on legislators and policy makers to deliver for Scottish agriculture as Brexit enters its final stage.

He highlighted the areas which will most affect the industry in the coming months and years, including future trade agreements, future support, the supply chain and climate change.

The UK is entering into an 11-month transition period where the government are negotiating the UK's future trading relationship with the EU and the rest of the world.

Mr McCornick told delegates it is a critical time for everyone, none more so than Scotland’s farmers and crofters.

“We are entering as a nation of 60m rather being part of a bloc of over 500m and are going to be building new trading agreements with our biggest trading partner along with the rest of the world in very short order,” he said.

“We do not have the same leverage or power that we had so we must be more fleet of foot and flexible. There is an enormous responsibility on our politicians to get this right.

“The EU is our main market beyond the internal UK market, with established trade routes and partnerships. NFUS has been campaigning for free and frictionless trade with the EU to remain after Brexit. Remember our economies are very closely integrated.”

He added: “On trade, standards on imports must match ours or we will be living with double standards; one set for us and one for the rest of the world entering our market.”

Delegates heard how the UK's food safety, animal and plant health, welfare and traceability for farming will be 'sold to the cheapest bidder' if no measures are in place to prevent lower standard imports.

Mr McCornick said the UK would have double standards if cheaper imports are allowed on shelves - 'one set for us and one for the rest of the world entering our market.'

UK farming unions have frequently stated that they do not want agriculture and food to be a bargaining chip in trade deals or to be sacrificed in the quest for cheap food.

“I believe we have the opportunity to refresh and renew our industry from the stagnation that CAP has created and the failure to understand the market, which CAP support has perpetuated.

“The public have different expectations now of rural Scotland than they had prior to our entry to the common market.

“We are expected to deliver on all these expectations, including climate change mitigation as well as the necessary provision of food.”