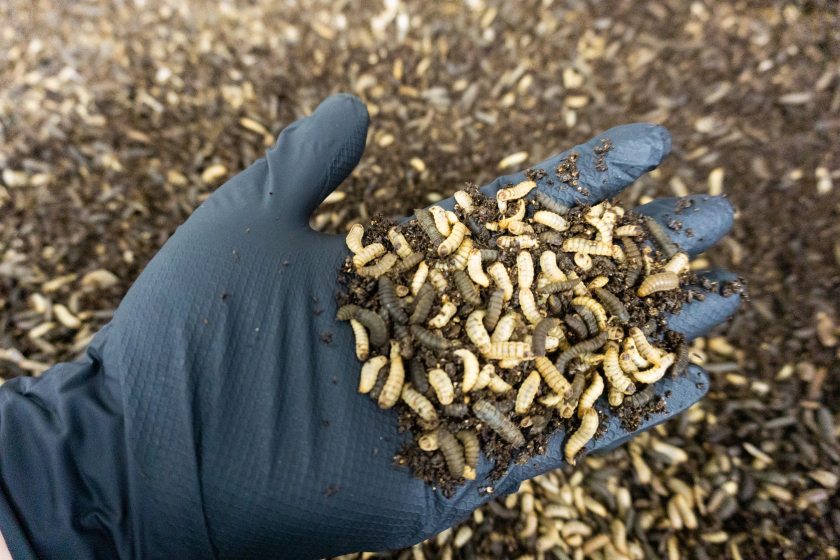 A German start-up company has developed technology to breed insect larvae as protein feed for pigs and poultry.

FarmInsect supplies insect breeding systems that can be integrated modularly into the infrastructure of any livestock farm.

The start-up breeds the young larvae of the Black Soldier Fly, a particularly undemanding and robust insect species, in its own facility.

The firm then delivers the larvae to farms on a regular basis, in accordance with the respective regulations.

In one week of fattening, the young larvae can grow to as large as 1.5 centimetres in a climate chamber and increase their weight by a factor of 1,000.

To produce their insect feed, the operators have to fill a mixing pot with biomass and load the climate chamber with young larvae and then unload it with the adult larvae.

The larvae can then be fed directly to farm animals - currently mainly fish, but in the future to chickens or pigs.

“The most difficult thing is to turn eggs into juvenile larvae,” said FarmInsect's managing director and co-founder, Thomas Kühn.

The start-up currently has plans to commence a pilot at one of the largest fish farms in Bavaria within a few weeks.

The use of insect meal in aquaculture has been legally permitted in Germany since the end of 2017.

An approval for use in poultry and pig fattening is expected in 2021. The feeding of live insects to chickens, pigs, and fish is already permitted.

The start-up, founded by graduates of the Technical University of Munich (TUM), was founded based on the principle of using agricultural biomass in a circular economy.

Residues that accumulate in the region, such as harvest or peeling residues from an agricultural operation or from the regional food industry, such as spent grain or bread, can be used to fatten and feed insect larvae, which in turn is used as feed for livestock animals.

Co-founder of FarmInsect, Wolfgang Westermeier said: “Our decentralised method of insect production offers the ability to feed the larvae live because there are no long transport routes.

"This stimulates the animals to beck and burrow - their natural instincts - more effectively and thus promotes animal welfare."