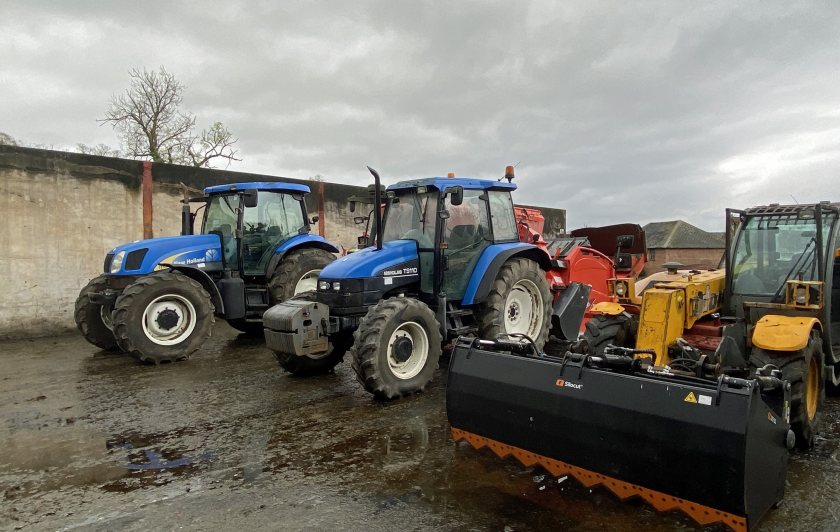 The sale, held on behalf of the executors of the late Mr R Pryce Jones, comprised modern and well maintained farm machinery
Sign in to add your own press release SIGN IN Register

A huge crowd of around 1,000 people was attracted to a dairy farm machinery dispersal auction at Buttington Old Hall near Welshpool on Friday.

The sale, held on behalf of the executors of the late Mr R Pryce Jones, comprised modern and well maintained farm machinery and equipment that was in daily use prior to the dairy herd being dispersed last October.

Two hundred cattle from the farm’s commercial dairy herd achieved a record average of £2,000 when they sold at Shrewsbury Auction Centre.

Auctioneer Halls reported a strong trade with a local, UK-wide and international interest in the auction.

Halls’ senior auctioneer, Jonny Dymond said it was the firm's first farm dispersal sale of the year, with it exceeding expectations.

"The diverse and genuine nature of the machinery certainly helped and there was a lot of goodwill in the border farming community," he said.

“There was a huge crowd there and it was nice to see a lot of the machinery selling a local farmers.

"The exceptional prices paid for the clamps of silage reflected the shortage of silage following last year’s dry summer.

“I would like to thank all those who attended and the staff and family members who helped prepare for the sale.”