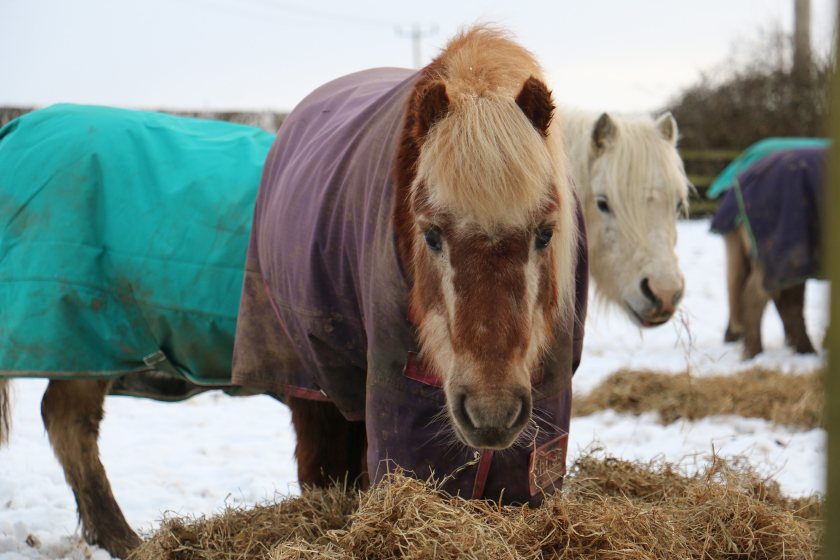 A struggling rural charity which cares for rescued horses has launched an urgent public appeal having been forced to spend an extra £100,000 on hay this winter.

Redwings Horse Sanctuary, which cares for 1,500 rescued animals, has been facing a severe hay shortage due to the recent extreme weather conditions.

After heavy rain and flooding at Christmas, followed by last week's snow and subsequent thaw, the charity has had to use more of its supplies than usual to ensure its horses are fed.

Unfortunately, yields from Redwings’ own harvest last year were down 30% due to the very wet start to the growing season.

Meanwhile, a national hay shortage has pushed up prices by as much as 40 percent from some suppliers.

With the charity 100% funded by public donations, the extra spend has put further pressure on the charity’s already tightened budgets which have been impacted by lockdown.

Rachel Angell, head of Norfolk equine operations, said: “The recent poor weather, lower yields and increasing prices have created a perfect storm where we find ourselves appealing for extra support.

“Conditions have been difficult at our Norfolk sites where the clay soil has left fields waterlogged for longer, delaying the arrival of the spring grass and forcing us to use more hay."

Luckily, the charity were able to find a supplier who could provide hay, but the pandemic has still placed a significant pressure on its budget.

"We urge anyone who can to consider a donation to ensure we can purchase any further hay we may need and continue to provide specialist care for our rescued horses, now and into the future,” she said.