Supplies of barn eggs in UK have surged, figures show 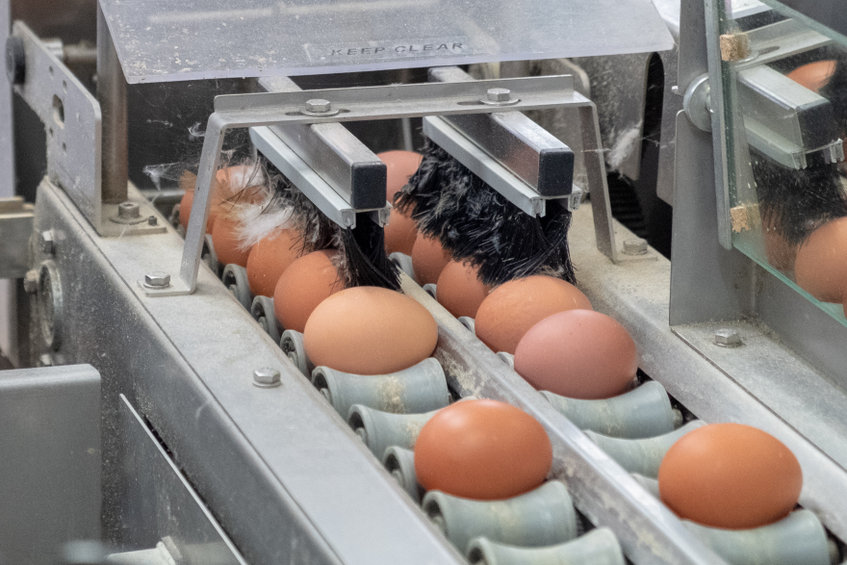 Supplies of barn eggs in the UK have surged, according to Defra figures, but there are doubts that barn will be a major part of the egg market when retailers go cage-free in 2025.

Egg statistics for Q1 2022 show that supplies of barn eggs through UK packing stations between January and March increased more than fourfold compared with the same period in 2021.

But a 423% increase still only pushed the numbers to 596,000 cases - a small fraction of the 7.6m cases of eggs handled by packing centres during the first three months of the year.

But British Lion chief Mark Williams still has his doubts about barn. Speaking during this week's Pig and Poultry Fair, he said the size of the overall UK layer flock had fallen back from 43m birds last year to just under 40m this year following the loss of 1.5m birds to bird flu.

And he said the flock would continue to contract because of the financial crisis currently facing egg producers.

“It is going to shrink more with this cost crisis at the moment but possibly by 2025 it will be 38 million," Mr Williams said.

“That’s because my personal view is the retailers just don’t want to be into barn. It’s an entry level egg only.

"I think they would all like to be in free range but they need an entry level egg for some of their customer base.”

In the United Kingdom, all major retailers have committed to abandoning eggs from cages by 2025.

It started when a 14-year-old girl from Sheffield initially targeted Tesco with an online petition stop selling cage eggs.

The petition went viral. After Tesco announced that it would move away from cage, other retailers, including Asda, Morrisons, as well as the discounters Aldi and Lidl, also made cage-free declarations.

Sainsbury's, Marks & Spencer and Waitrose had already stopped selling eggs from cages some years ago.