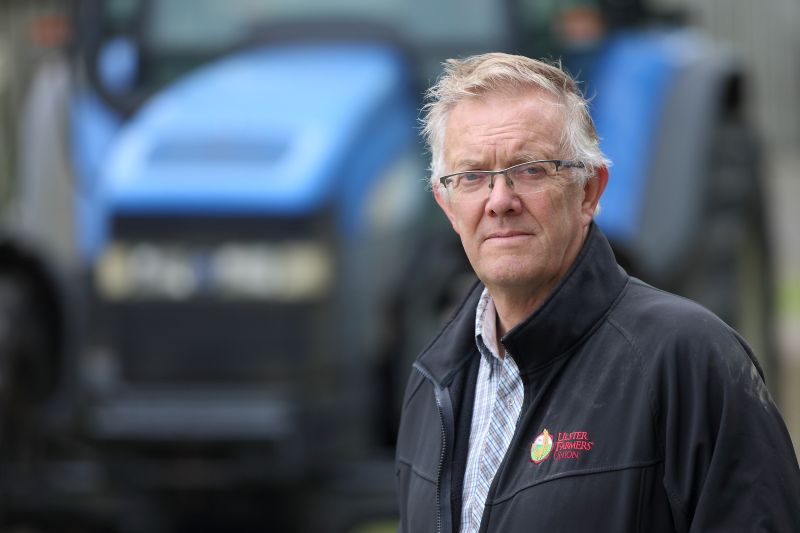 Any drastic change in agriculture funding and support will have a 'significant' and 'detrimental' impact on Northern Irish farms, it's been warned.

The Ulster Farmers' Union (UFU) said that 'at the very least' funding must be maintained at the current level when the UK leaves the EU.

A significant proportion of farm incomes in Northern Ireland comes from EU direct payments, which effectively act as an affordable food subsidy for consumers.

But the union warned that any decrease in support it could put the future of many family-run farming businesses in jeopardy.

The UFU said the types of trade deals secured by the UK post-Brexit will determine what level of support is needed.

President Ivor Ferguson said: “The government must allow as much time as possible to transition to the new policy, farmers will need time to adapt their businesses.

“Also, policy flexibility for the different UK regions is key. Farming in the south of England is different from farming on the north coast of Northern Ireland. Our local policy must suit our needs.”

Mr Ferguson added that it was positive that the majority of farmers supported all current government proposals, however, there was a divide on the continuation of the greening payment.

“Farmers must be recognised for the positive work they continue to do to protect and care for the environment. A lot of good work has been done on farms and in many ways, Northern Ireland is already ‘green by definition’.

“Our primarily grassland based farms and hill land, act as carbon sinks and we have more hedgerows than any other region in the UK,” Mr Ferguson said.

He added: “There are still areas where work can be done and we’re keen to work with the government and industry partners to find ways to deliver ‘public goods’ that take into consideration the realities of practical farming.”