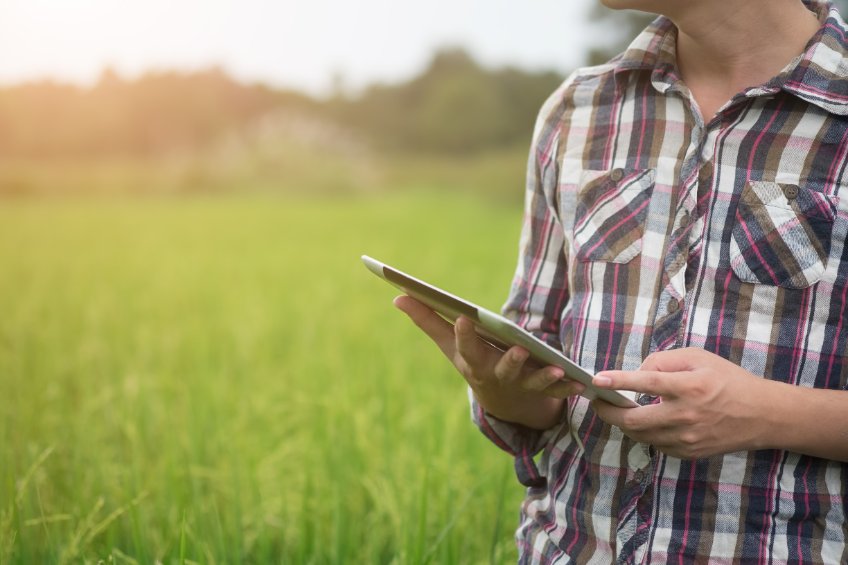 Farmers want more education on technology and innovation from agricultural suppliers, according to a new report.

More educational content and guides to new technology is needed as the industry continues to move to online buying and selling, the survey of 649 farmers found.

The rise of ‘smart farming’ is aiding farmers and growers, with many turning to technology to save time, access data for decision making and improve their bottom line.

However, with so many tools and services flooding the market, farmers are looking for more easy-to-access online content on how to make the most of tech and high-spec machinery, according to marketing consultancy Hillsgreen’s report.

The desire to self-educate was prevalent in the findings, with 79 percent of respondents increasing their use of online webinars.

The new report revealed that the proportion of farmers buying and selling farm equipment online has increased by 71% in the past year, whilst nearly four in five of those surveyed (39%) use online industry forums to interact with others.

Another survey from farm management software app Herdwatch suggested that it’s the evolving generation of farmers that is driving the shift.

It revealed that the average age of a Herdwatch member is 10 years younger than the national average for farmers.

Whilst over half (57%) of those in farming took on the family tradition, there is a growing demographic of new people entering the industry.

Organisations such as McDonalds and LEAF are running initiatives to introduce a more diverse workforce and promote farming as a viable career choice for everyone.

As the rate of inflation in agriculture continues to rise, the report also found that 59% of farmers are making changes to their business due to BPS payment updates.

Unsurprisingly, over half (55%) say profitability is the biggest challenge they are facing.

Buying online is also significantly rising as farmers shop around to try to cut costs. There has been a 790% increase over the last decade.

Andy Venables, managing director of Hillsgreen, said: “Those selling to farmers need to know their audience and understand the shift we are seeing in the sector, to understand how, and why, they transact.

“With the current industry state of play, cost savings are crucial and so farmers will gravitate online to shop a wider market.

“That said, there is still a need for localised targeting and relationship building but this can also be done digitally via channels such as social media.

“82% of farmers are now regularly using social media. That’s a massive increase of 168% in the last six years.

“And 90% of them use YouTube, highlighting the need for long-form educational video content that can build brand recognition.

“Email marketing also came out as a highly effective way to reach your farming audience, so building a database of national customers is key.

“Agricultural suppliers need to recognise now that relying only on traditional sales techniques won’t work and that the industry is more advanced than people think it is.”

Arable farmers are much more confident in making larger purchases online than other groups, with 54% happy to spend over £10,000 in a single transaction online.

Dairy farmers were the second most confident, but only 13 percent would spend the same.

The most popular technology found on farms according to Herdwatch are calving cameras (60%) with just less than half (47%) also using soil fertility solutions.