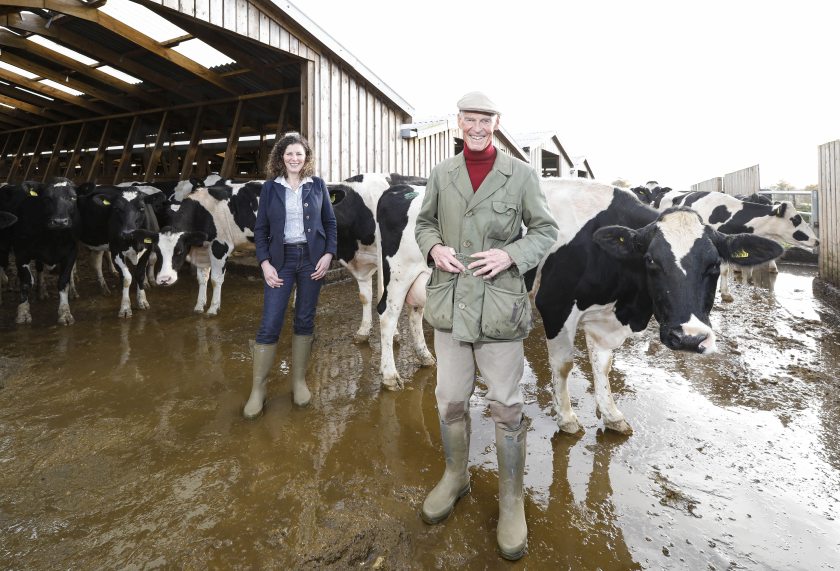 A 2,500 acre farming estate in Sussex has significantly expanded its dairy operations after securing a £1.2 million funding package.

Sclater Estates Ltd already produces around four million litres of milk per year from its existing dairy herds at Beaks Farm in Barcombe and High House Farm in Chailey.

Now the business has invested in a brand new dairy unit at Double Barns Farm in Newick, which includes housing for 300 cows and a hi-tech milking parlour.

As part of a commitment to cut its carbon output, the new facility incorporates variable flow milk pumps, heat recovery units and other features in order to lessen its reliance on purchased energy.

The addition will make the estate one of the region’s leading suppliers to Europe’s largest milk co-operative Arla, with an annual production of between 6-7m litres.

Three new jobs have been created at Double Barns Farm as part of the venture, taking the business's total number of employees to 15 full and part time staff, plus several contractors.

Sclater Estates expects its annual turnover to be about £3 million following the investment in the new dairy unit.

To help expand, the estate secured a £1.2 million funding package from the Agricultural Mortgage Corporation (AMC).

Both businesses have worked together for more than 50 years, with AMC financing several investments into Sclater.

Ruth Wallis, estate manager at Sclater Estates said: "The investment in our new dairy unit represents an important milestone in the development of our farm.

“Our existing two milking units were close to capacity, and we’d have struggled to grow without this third site. We simply wouldn’t have been able to carry through this venture without the support of AMC.

"The new state-of-the-art facility will not only allow us to increase capacity and efficiency, but it also has a positive environmental impact.”

AMC has helped the Sclater finance other investments, such as the conversion of redundant farm buildings into two small dwellings for staff, and the conversion of an 18th century barn into a Christmas shop at Gipps Farm.

"We are working with farms right across the country, providing long-term lending to help implement more sustainable business models and operations and to pursue clean growth opportunities.”