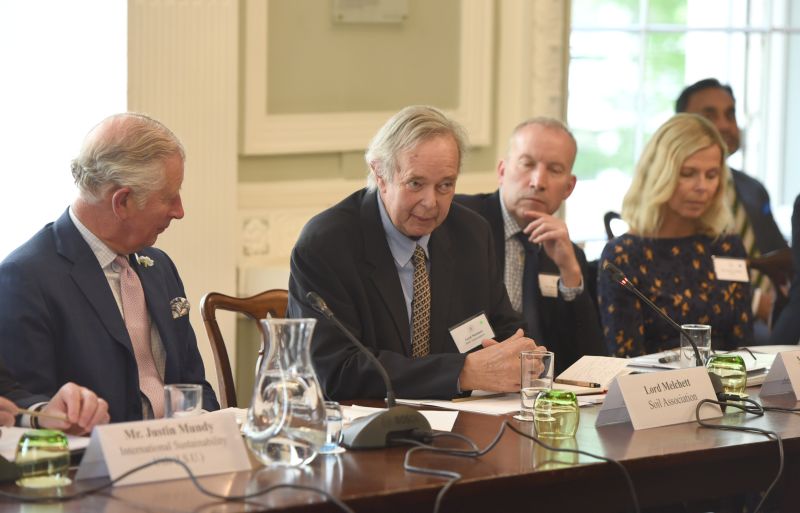 Tributes have flooded in following the death of Norfolk farmer and sustainable farming campaigner, Lord Peter Melchett, who has died aged 71.

Lord Melchett, a Labour peer who was the son of the British Steel Corporation Chairman Sir Julian Mond, has held numerous positions in his campaign for greener farming policies.

Lord Melchett was arrested in 1999 when he took part in an environmental protest against a GM crop trial in Norfolk, at which GM maize was cut down and removed by 28 volunteers.

I've just heard of the death of Peter Melchett - devastating. What a utterly unique & brilliant man. A consummate campaigner (at Greenpeace and Soil Association), deeply wise, compassionate and kind. My thoughts are with his family. Environmentalism has lost a true hero.

The case came to court in 2000 when Lord Melchett and his 27 co-defendants were unanimously acquitted of theft and criminal damage.

He held the position of Policy Director at the Soil Association since 2002.

Melchett was responsible for launching of the Soil Association’s successful school food programme, Food for Life, and Food for Life Served Here.

Passionate, articulate, engaging, wise, kind & usually w/ a twinkle in his eye - just some of the many attributes of Peter Melchett, who will be greatly missed. Sustainable food & farming has sadly lost one of its staunchest advocates. Deepest condolences to his family. RIP

He appeared on BBC Radio 4’s Desert Island Disks in 2000, saying: “You can only do it if people support you, and they won’t if what you’re doing isn’t right or if what you’re predicting doesn’t turn out to be true.”

Since 1973, Lord Melchett was managing director of 890-acre (360 hectares) Courtyard Farm at Ringstead near Hunstanton, which was owned by his father.

Very sad to hear about the death of Peter Melchett. He was a brave, brilliant and committed environmental campaigner, and a good friend. He will be hugely missed.

Very sad to hear of the death of Peter Melchett. A lovely man who made a huge contribution to the environmental movement, most recently with @SoilAssociation. Worked closely with him on @APG_Agroecology. Will miss his advice, his idealism and our friendship.