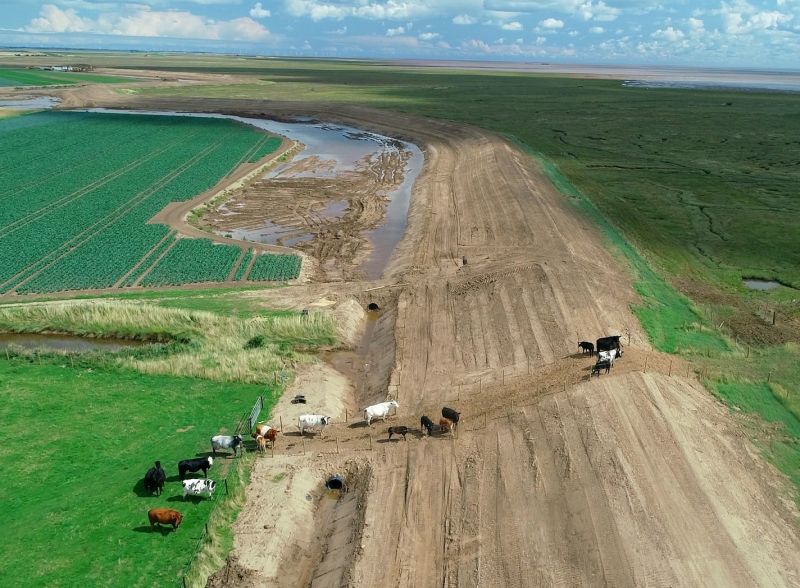 Farmers have been encouraged to take proactive steps to protect themselves from flooding as a new consultation is launched looking at flood strategy.

The eight-week consultation, launched by the Environment Agency on 9 May 2019, comes as scientists predict a 4°C rise in global temperature.

In the UK, climate change and population growth is set to double the number of properties built on flood plains over next 50 years.

Currently, two thirds of properties in England are served by infrastructure in areas at risk of flooding and for every person who suffers flooding, around 16 more are affected by loss of services such as power, transport and telecommunications.

In its new consultation, the government calls for 'urgent action' to tackle more frequent, intense flooding and sea level rise.

Meanwhile, farmers and landowners have been told to take control of their own flood protection as planning is set to prioritise areas with higher populations in any new flood strategy.

Consequently, there will be competition between towns and communities seeking public funding in order to improve flood defences.

'Flood water has no respect for farm boundaries'

Flood management expert Simeon Disley, who is a partner at Roythornes Solicitors, warns that farmers in less populated areas 'must step forward' to make their case for the protection of their areas.

He calls for farmers to collaborate with neighbours to battle flooding, saying: “Flood water has no respect for farm boundaries and those who share a risk in an area should come together to present a combined plan and case for their protection.

“Accordingly, farmers and landowners may also need to contribute to the cost of their flood protection as it is not realistic to expect public funds to pay for the entire defence system.

“Those who are prepared to contribute in kind or in cash will add value to their proposals and be more likely to get public support,” Mr Disley said.

Roythornes recently acted for 14 landowners and four farming tenants who came together to form a partnership with the Witham Fourth District Internal Drainage Board to improve a 5.8 km section of the sea bank around The Wash.

As a result, farmers saw the first substantial improvements to The Wash flood defences since 1982.

Such improvements in flood defences can be achieved through partnerships between farmers, landowners and internal drainage boards.

The value for each pound spent can be more than doubled when compared to the standard public procurement methods, Roythornes states.

Earlier this year, the NFU highlighted the importance of internal drainage boards in battling weather extremities.

Mr Disley added: “The future will be about demonstrating the importance of the land you are trying to protect and the value for money for the country as a whole.