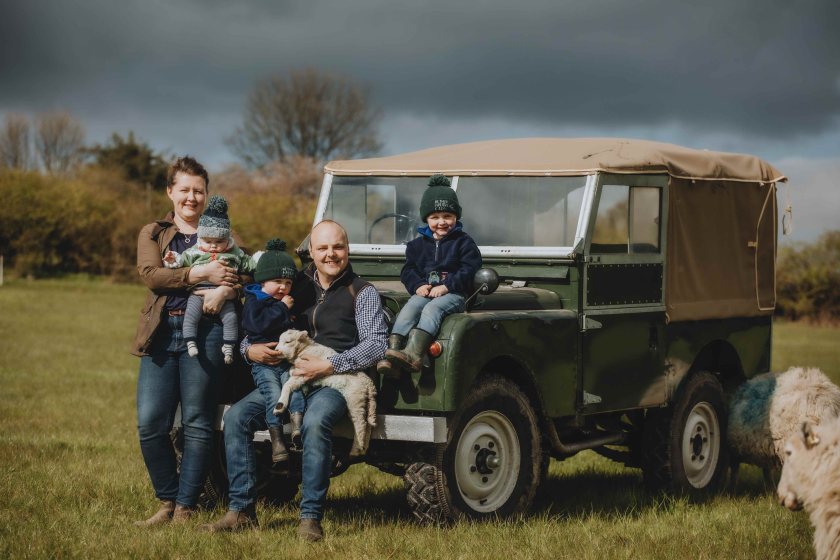 Future Farmers of Yorkshire, a large network of farmers and other industry professionals, has appointed Nick Grayson as new chair

A South Yorkshire tenant farmer has been chosen to drive forward a dynamic network of young farmers who live and work in the county.

Future Farmers of Yorkshire, a large network of farmers and other industry professionals, has appointed Nick Grayson as new chair for a three-year term.

His tenant farm near Rotherham extends to 200 acres of arable land and comprises a herd of extensively reared Aberdeen Angus cattle, sheep and pigs and, at Christmas, plenty of turkeys.

The 32-year-old, who runs the farming business alongside his wife Carys, steps into the role as the industry undergoes enormous change.

The couple, who have three young children, highlighted how important it is for businesses to be profitable and productive as new agricultural policies are introduced following Brexit.

Yet, the family warned that a lack of clear detail about the financial impact these policies will have on farm businesses makes planning for the future challenging.

At the start of this year, a phased reduction to existing EU support payments began, whilst emerging trade deals and the impact of the Ukraine conflict are reshaping commodity markets.

Nick said that as British agriculture adapts to a period of immense change, it is so important to bring farmers and other industry professionals together.

He said: "Over the next three years, we will be doing just that, offering professional development support, invaluable training options and important networking opportunities so that we can walk together with our members through the changes we face collectively.”

The network is currently offering its membership two fully-funded places to attend the Groundswell event in Herefordshire this June where they will hear about the latest regenerative farming techniques.

Also in June, places are available for members on a one-day leadership training course at the Great Yorkshire Showground in Harrogate.

Nick said: “It is so important that we, as an emerging generation of farming leaders, support one another and ensure that the UK’s agricultural industry is a viable and appealing career prospect to those who will follow us.

“Having a young family of my own really brings this message home and so I’m delighted to be appointed as Chair of the Future Farmers of Yorkshire.

"It’s a chance for me to play an important role in showing there is plenty of support out there for up-and-coming farming minds of the future.”

Nick succeeds Leeds-based farmer Alastair Trickett as Chair of Future Farmers of Yorkshire and he steps up into the leadership role having served as Vice Chair of the network since autumn 2020.