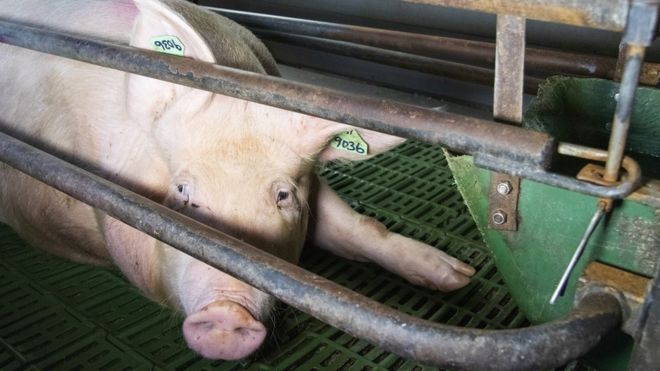 Tesco has stopped supplies from a pig farm at the centre of 'disturbing' undercover footage which showed 'systematic' abuse, a charity says.

The retailer said the footage showed 'distressing' scenes that fell 'well below' the its welfare standards.

The footage shows piglets kicked by workers and struck with hand tools.

“These are distressing and unacceptable scenes which fall well below the high animal welfare standards we require from all of our suppliers,” Tesco said.

However, owner Brian Hobill said the footage had been edited to 'look as though we're bad farmers'.

“I can go through the video and explain quite clearly what our stockmen were doing at the time when these supposed allegations were and in every case we were actually saving animals and looking after animals,” he said.