The 10 most powerful tractors in the world 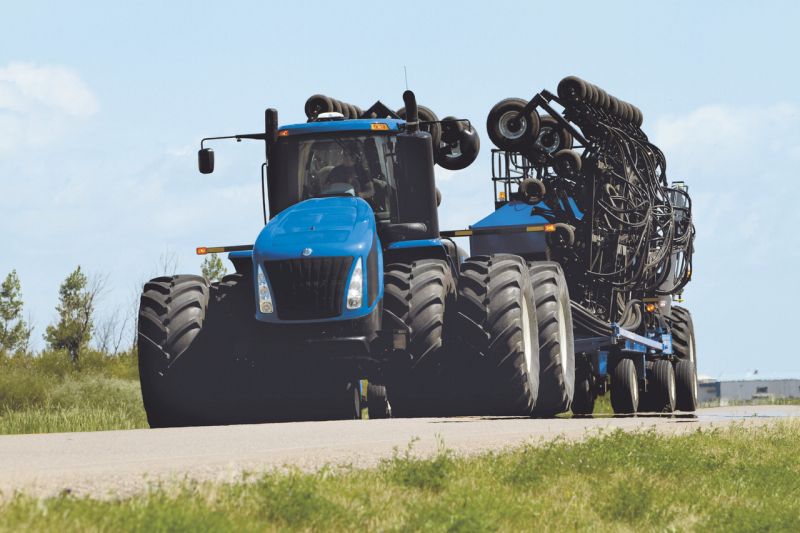 One of the tractors listed, the New Holland T9.670, reaches an impressive 648 hp

The ten most powerful tractors available on the market today have been ranked, and some have comparatively as much hp under the hood as a sports car.

There are many types of tractors, such as crawlers, bulldozers, standard agricultural tractors and more, just as wide is its range of applications.

In addition to agriculture, they are used in forestry, municipal operations, horticulture, construction, and at airports.

Essentially, in agriculture, the tractor is designed to pull and drive other agricultural machinery and usually has a service life of approximately 10,000 hours.

The tractors presented below have been ranked by online machinery marketplace Surplex.

With the Case IH Steiger Quadtrac 540 CVX, CNH Industrial produces the first continuously variable articulated tractor that can accelerate up to 40 km/h from a standstill.

The manufacturer at ninth place is Deere & Company, which brought the 20.37t John Deere 9570 RT crawler tractor to life. 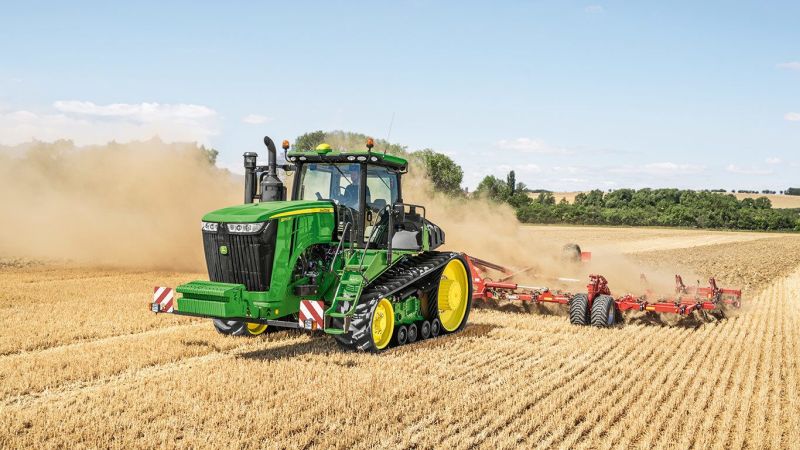 The crawler tractor belongs to the 9RT series, which has two crawler tracks. The John Deere 9570 RT also features 18 forward and 6 reverse gears.

At eighth place goes to the New Holland T9.645 from CNH Industrial.

The New Holland T9.645 is also available as a bulldozer and is ideally equipped to move tonnes of soil every day.

The seventh place in this ranking is again reserved for a New Holland model.

The New Holland T9.670 from CNH Industrial has an FPT Cursor 13 engine with two-stage turbocharging.

Accordingly, it reaches 648 hp with a maximum weight of 25.4 tonnes.

This almost 27 t heavy giant has a Cummins QSX15 T4F engine and an impressive 650 hp. It can be ordered with chains or wheels.

The John Deere 9620RX from Deere & Company lands in the middle of the ranking. 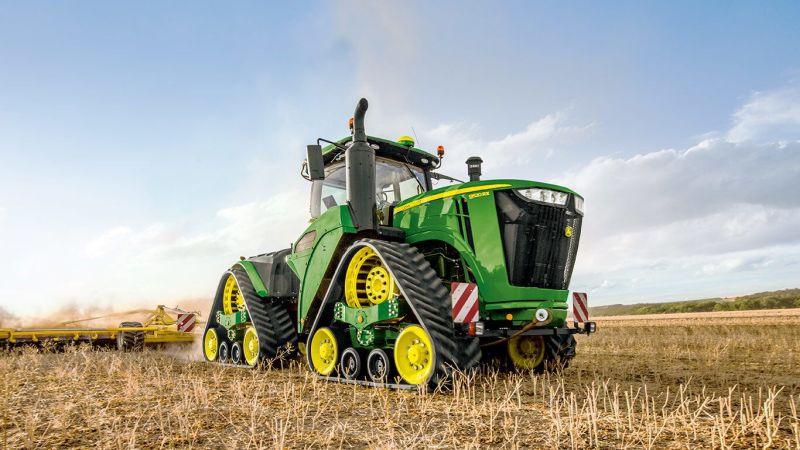 However, with an unladen weight of around 25 t, it is heavier than the latter.

With a peak performance of 670 hp, the Case IH Steiger Quadtrac 600 from CNH Industrial comes in fourth.

The caterpillar tractor weighs 22 tonnes and has a Tier 4A engine.

The US agricultural engineering group CNH Industrial attracts attention - this time with the New Holland T9.700. 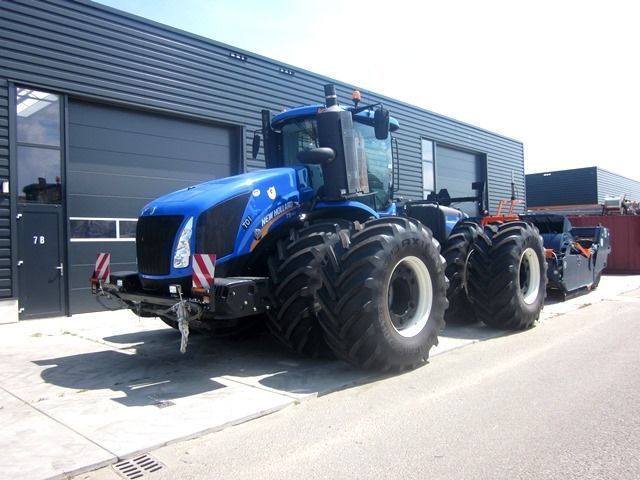 Powered by an FPT Cursor 13 engine with a two-stage turbo, the engine output is almost unbeatable at 682 hp.

The 25t tractor is powered by a common-rail diesel engine with a two-stage turbocharger and therefore has a top speed of 37 km/h. 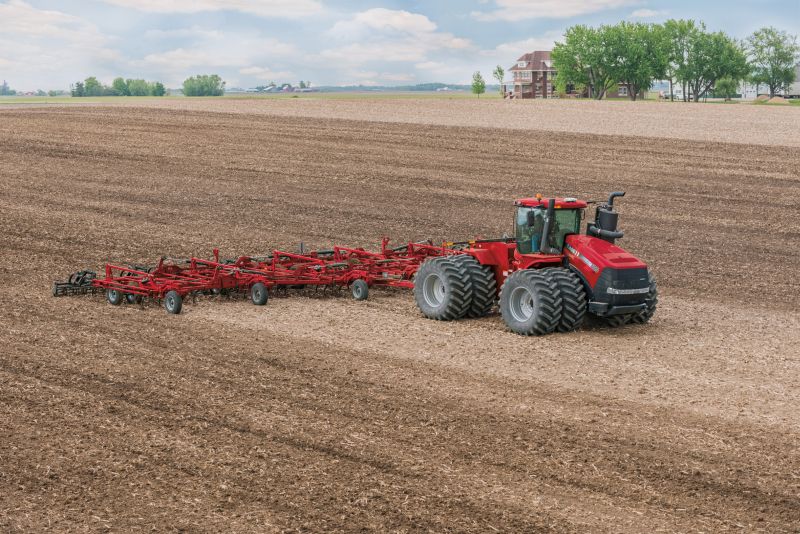 The special feature of the Quadtrac lies in its four crawler drives. 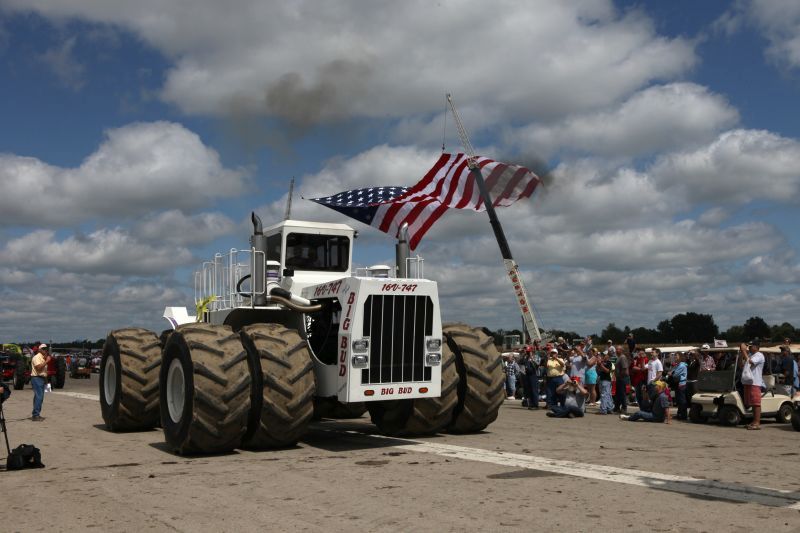 Big Bud 16V-747 is the world's most powerful tractor

The articulated-link large tractor, designed only for towing work, is unique and has a 900 hp powerful 16-cylinder turbo diesel V-engine from the US American engine manufacturer Detroit Diesel type 16V92T.

The other tractors have no chance of competing with such power.