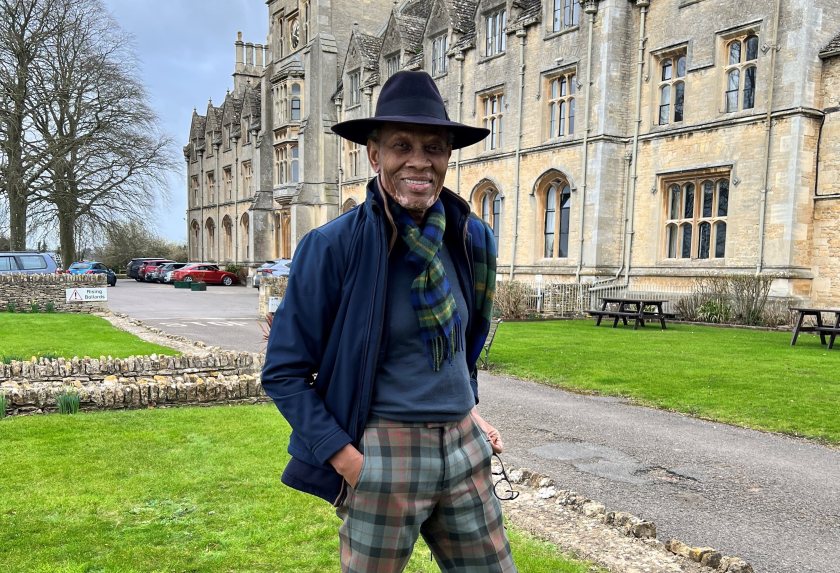 Wilfred Emmanuel-Jones, known as The Black Farmer, has been appointed to the governing council of the Royal Agricultural University in a bid to bring more diversity to farming.

The Devon farmer is recognised for his long-time campaigning for diversity across the British agricultural industry and founder of The Black Farmer brand.

The new role creates a platform for Wilfred to champion greater diversity and representation within the sector and highlight the benefits they can bring.

Wilfred said that as one of Britain’s only black farmers, his new role as governor would not only allow him to bring more diversity, but also to attract new blood.

"Our farmers are the lifeblood of British agriculture and I’m fiercely passionate about educating and attracting young people to the industry," he added.

"I’ve been lucky enough to have worked with the university on several initiatives previously, including the Young City Farmers Scheme, which has given me the opportunity to help shape the pathways and passions of future British farmers."

Wilfred’s own love of farming began as a boy on his father’s allotment, and it is this childhood passion which sparked the dream of one day running his own farm.

This has since grown beyond anything Wilfred could have imagined, he now runs a successful food and lifestyle brand, The Black Farmer and in 2021, was awarded an MBE for services to British farming.

Wilfred added: “I have one mission and that is to help invigorate and inspire the next generation of British farmers, to encourage diversity to the industry, and to strengthen what I see as the backbone of British society.”

He joins five new independent members to the council, including a columnist for the FT, a property and business consultant, the head of the Food, Farming and Countryside Commission, a UK Health Security Agency director and an organic farmer.