The perfect partner for free range 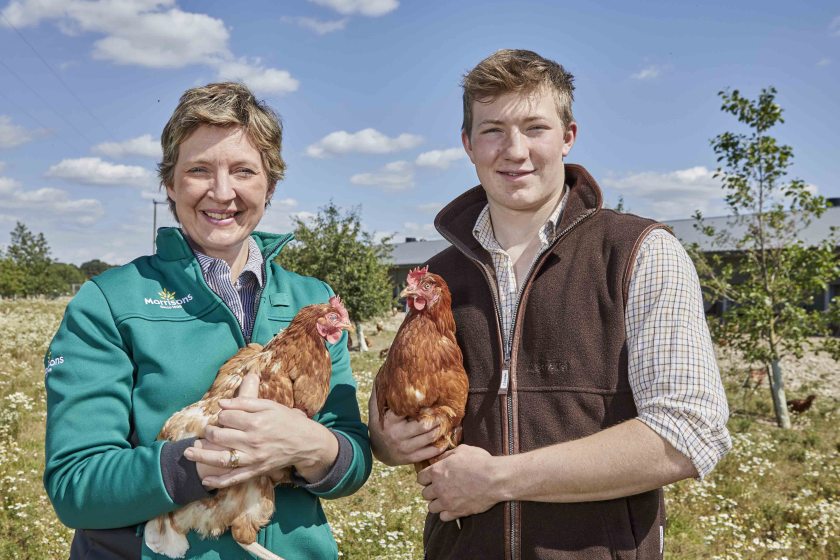 With a growing number of producers running multi-enterprise operations, we take a look at which farming sector provides the ideal partner for free range production.

Since 2017 the free range flock in the United Kingdom has grown by more than 14 percent to over 25 million hens.

Whilst much of that growth is due to expansion by existing producers, it has also come from arable and livestock producers diversifying for expansion and long-term sustainability.

Many farmers have turned to free range in a bid to gain an alternative income stream, often with the aim of bringing different family members into the business.

The wider benefit of non-reliance on subsidy support also gives the sector an added attraction.

Livestock farmers are well placed to take on free range production owing to their first-hand experience of the skills and dedication required to take care of animals.

Yet, at first glance, the arable sector appears to form a logical partner for free range.

In many ways arable production fits hand in hand with free range; whilst feed prices are high, arable is performing well, helping producers to manage the risks of volatile markets.

Tom Lander, from Lloyds Animal Feeds, said that from an economic standpoint arable and free range were well suited.

“There is a regular muck source from the hens, and there are also periods of the year when farmers are not committed to as much work on the arable side of the business.

"There are feed lorries going into the site so there can be a haulage saving for the producer, we drop in the feed for the hens and backhaul the wheat and barley, sharing the haulage savings.

"In this sense arable farmers, who have never worked with livestock before, can have a symbiotic relationship with free range”.

He went into free range in 2007 and now has a total of 55,000 birds producing for Chippindales.

“I worked away for British Sugar for three years and when I came back to the farm in 2003 I was looking for a new opportunity to get my teeth into”, Charlie said.

“At that time free range was buoyant and looking for new entrants, so we took the plunge with a 16,000 bird flat deck and it went from there.”

Charlie said that free range was the ideal sector for the business to expand into: “We used free range as part of our diversification strategy, land prices were very high and in short supply, so it fitted our business very well.

"We had an area of steep, low output grassland that was grazed by a suckler herd. That land is now better utilised by the hens and we have planted 15 acres of trees on it.”

The move into free range also helped to manage the volatility of feed markets: “If one enterprise is not doing so well then the other one tends to help the other along.

"Obviously, at the moment feed prices are through the roof, which is having a detrimental effect on egg margins, but on the arable side wheat prices are up around £200/tonne.”

Charlie also noted that arable can be relatively ‘feast or famine’ in terms of cashflow and so the consistent income from free range offers an element of stability.

He explained that he keeps the two enterprises separate on his farm: “We buy in all of our feed for the chickens and then sell our arable commodities separately, we do not mill and mix or use any of the wheat and barley that we grow.

"We keep a careful eye on the markets to try to buy in our feed as cheap as we can and sell our cereals for us much as possible.”

David Throup also farms both arable and free range with his family near York, they currently have three flocks of 23,000 birds.

However, rather than maintain the two enterprises separately, the Throup’s keep them closely tied.

David said: “We try to keep everything in-house as much as we can. We do all of our own milling and mixing and also rear our own pullets.

"The only feed that we have to buy in is the protein because we use the wheat, barley, and oats that we grow on the arable side in the feed.”

“It is a lot of hard work and when there is a poor harvest, like we saw in 2020, we have had to buy in some wheat and barley, but generally we feel it is a good way to manage the risks of changing markets and keep some stability”. 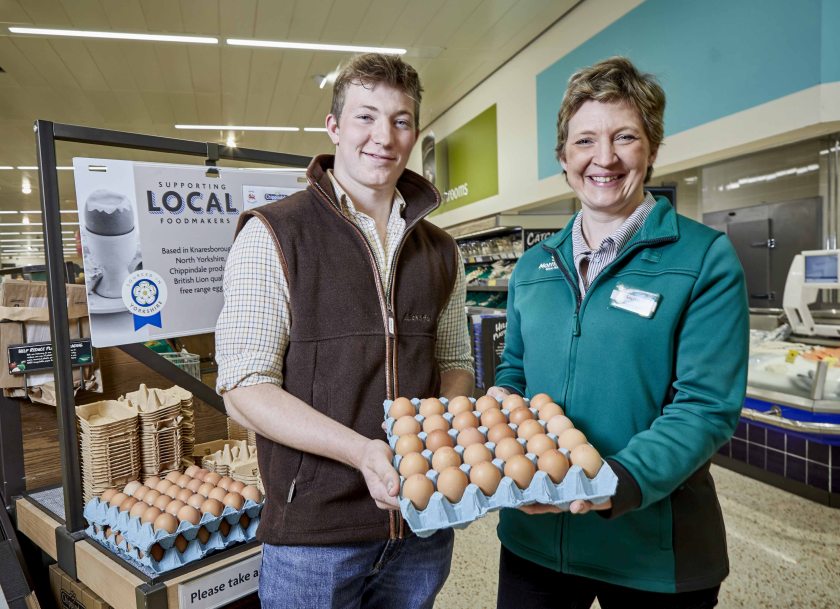 With a growing focus on environmental sustainability in agricultural policy, David believes that their setup positions them well for future developments.

He said: “Keeping everything together is far better for our carbon footprint which could prove beneficial at some point down the line.

"It also helps that we can use the muck from the hens on the land. I believe that we cut our typical fertiliser usage in half from spreading the chicken manure.”

Whilst arable can provide a balanced partner for free range, Tom Lander, from Lloyds Animal Feeds, said that many of the producers they work with are hill farmers who have made the transition into egg production to maximise the output of their land.

Tom said that the mentality required for dairy farming in particular means that those producers are well equipped for the pressures of free range production.

“We find that dairy farmers make the best transition across because of their day to day routine and management structure.

"I think dairy farmers are well prepared for the fact that it is a 24/7, 365 days a year job. Sometimes people looking into free range do not necessarily realise the dedication that is needed.”

Tom also said that sheep farmers do go into free range but that the margins can be tighter because of vaccination costs.

“If you are running the sheep directly alongside the hens there is an increased risk of erysipelas and the vaccine for it costs around 28p per bird, which is a lot of additional cost to take on.

"When other birds, sheep, or pigs are on the same farm as the hens then there is a greater risk to biosecurity, cows seem to have little to no transference of disease.

"However, if producers keep the different animals completely separate, then the risks can be easily managed.”

Trevor Whitfield, who runs a dairy farm near Carlisle with his brother John, found themselves three years ago at a crossroads as to how best to expand their business.

That was when the brothers decided to combine free range production with their dairy setup.

In February, they came to the end of their first flock of 32,000 birds producing for Lintz Hall.

Trevor said: “If we were going to expand our dairy setup it was going to create a lot more hard work.

"We thought it would be better to invest that money in something a little easier that was a more sensible investment of time and effort.

"We thought we could manage them both alongside each other and we have not looked back.”

The investment in free range has allowed more members of the Whitfield family to become involved in the business.

“It has really brought my family back together. My sister was away doing other things, but she has come back now," he said.

"My brother and I do all the muck work and look after the machinery in between doing the cows, whilst my sister runs the egg packing.

"Both my brother and I have children who may want to come into the business at some point, so this is a great way of keeping everyone involved.”

Trevor also said that the move into free range was helped by the experience they have in dairy: “Dairy is early starts and late finishes, and this is just more of the same.

"If anything, I would say that the birds are easier than the cows, sometimes when you are in dairy it can be a challenge to see why you are doing it, but that is for the love of it.

"For us the hens make sense because we already have an understanding of working with animals and the dedication you need to have to them.”

Cut out the egg packer and work directly with Morrisons. We’re looking for the most forward thinking Producers to join our progresive direct supply network.

Working alongside the Morrisons Egg Team in an open and transparent joint effort to shape the future of the egg category in our stores.

Call one of the Chippindale’s team:

Visit Morrisons Farming for detail on how we work with our direct suppliers as British Farmings biggest supermarket customer https://www.morrisons-farming.com/