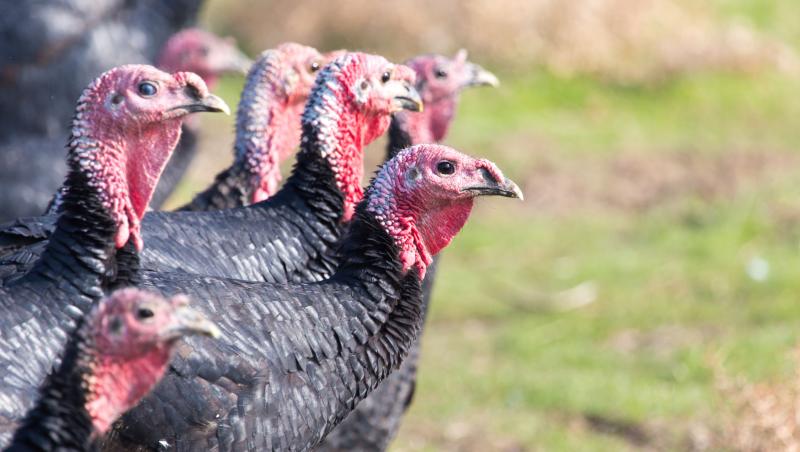 Local customers had reserved the six turkeys, said to be worth around £500 (Stock photo)

Thieves broke their way into a farm and stole six Christmas turkeys as farmers now fear the birds could be sold on the black market.

The incident happened at Broadclyst Community Farm in Devon during the early hours of Saturday morning (7 December).

The turkeys are said to be worth around £500 and had been on the farm since May.

They were already reserved by members of the public for their Christmas dinners.

Jon Smye, who runs the farm, told BBC News that the birds were killed first and then stolen.

“These birds are between 15 and 20kg each, and they're very awkward to carry - there's no way they were taken alive,” he said.

Speaking about the incident on a public Facebook post, the farm said it is 'gutted' as a 'lot of care goes into looking after the birds'.

“It’s that time of year when turkeys are killed but there are laws in place to ensure welfare at the time of killing.

“These weren’t observed and the turkey pens door was smashed off its hinges.

“We are reporting this to the police and we know this happened around 4am,” the post said.

The farm said the thieves took the birds across the field to the lay-by near the leisure centre car park.

Members of the public could be offered turkeys or they may notice someone getting rid of feathers, it added.

“We are checking CCTV. If you heard or saw anything please let us know. Any small detail might add up to something so please share.”