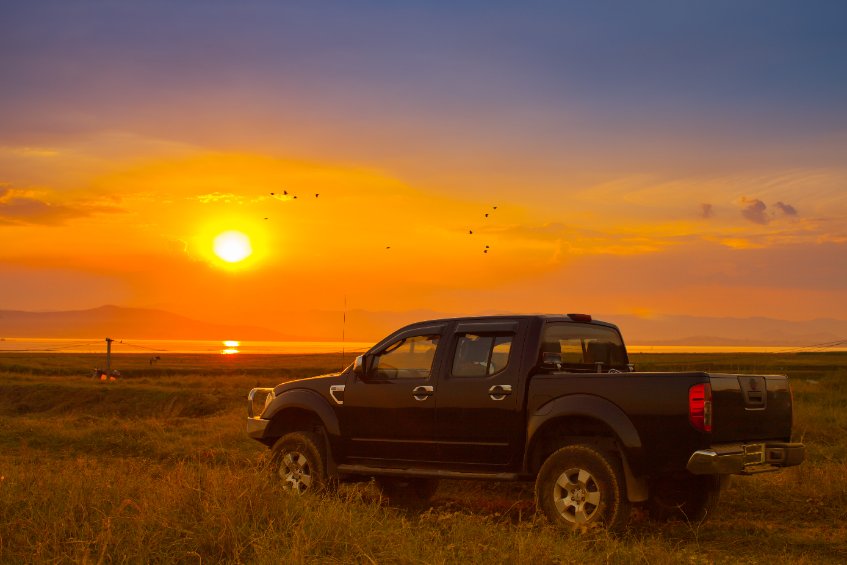 Rural thieves are targeting farm pick-up trucks with more than twice as many of the workhorses being stolen each month than in 2021, worrying new figures show.

Farmers are being alerted to the new rural crime wave, with advice calling for additional on-farm security measures for pick-ups – even on battered 10-year-old models.

Theft claims dealt with so far this year by NFU Mutual show that older Toyota Hilux and Mitsubishi L200 are the most regularly targeted pick-up models.

Thieves have also been targeting the upmarket VW Amarok while thefts of recent model Range Rovers have soared by over 50% a month compared with 2021.

And rural thieves are continuing to steal large numbers of Land Rover Defenders and their parts, according to NFU Mutual.

The rural insurer's claim figures for the first nine months of 2022 show they remain at the top of the chart for stolen 4 x 4 farm vehicles.

Bob Henderson, agricultural engineering specialist at NFU Mutual, said this was 'alarming news' for the large number of farmers who used pick-up trucks as their workhorse vehicle.

“For years thieves have targeted Defenders and older Land Rovers because of their high value and potential for resale as vehicles or parts.

"With prices of new and used replacement pick-ups rising fast thieves are now finding it worthwhile stealing pick-ups – even if they are over 10-years-old and battered from hard work on farms.”

DC Chris Piggott, who leads the agricultural vehicle theft unit at the National Vehicle Crime Intelligence Service (NaVCIS), said vehicles were also being targeted by hare coursers with links to other forms of criminality.

“Many of these vehicles aren’t fitted with the immobilisers, trackers and alarms fitted to newer vehicles," he explained.

"Until now, this hasn’t been as much of a problem, but now that pick-ups are proving desirable to criminals, there’s an urgent need for farmers to improve security.

DC Piggott said it was 'absolutely essential' to ensure keys are always removed and doors locked when farmers leave a their vehicles.

"Keeping vehicles out of sight where possible and using mechanical devices like steering and pedal locks are also an effective deterrent for older models. Retrofitting alarms, immobilisers and tracking devices is also well worth considering.”

It follows a recent poll by NFU Mutual which revealed that 89% of respondents believe rising inflation will lead to an increase in rural crime.

Rural crime is about more than financial loss - thefts of essential vehicles massively disrupt farm work and cause anxiety for families who are aware thieves are regularly checking over the place where they live and work.

The unit delivers intelligence, training, and works directly with police forces across the country to combat rural crime, in addition to joint international operations to seize stolen machinery from overseas.

How can I bolster vehicle security?

• Check security lighting, alarms and cameras are working correctly and update if necessary