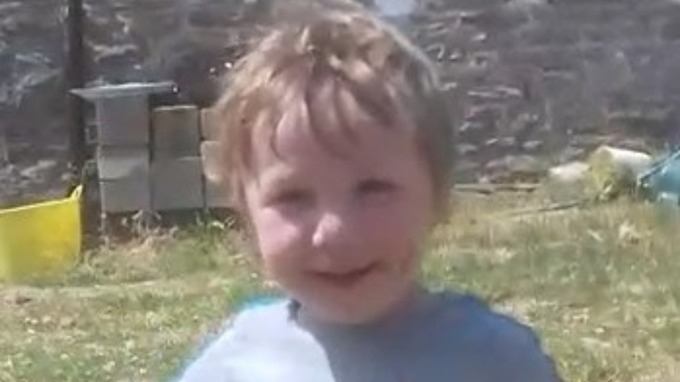 A three-year-old boy has died after being hit by a vehicle on his family's farm in Wales.

Efan Lloyd Williams died at the scene on a farm near Llanybydder, Carmarthenshire on Sunday (22 October).

Dyfed-Powys Police are now investigating the death and both the coroner and Health and Safety Executive (HSE) have been informed.

A Police spokesman said: "At approximately 4.25pm on October 21 police received a report of a collision involving a child and a vehicle at a private property near Llanybydder.

"Tragically, the child died at the scene. Our thoughts are with the family, who are being supported by specially trained officers. Inquiries are ongoing."

Ceredigion councillor, Euros Davies added: “All our thoughts and prayers are with the boy’s parents and the two other children. You just don’t expect anything like this to happen.

“It’s a real tragedy and the whole community here is 100% behind the family."

In July, the Health and Safety Executive (HSE) marked the start of this year's Farm Safety Week by calling the latest fatal injuries in its agriculture report 2017/2018 as "appalling".

Farming has the highest rate of fatal injury of all the main industry sectors, around 18 times as high as the all industry rate.