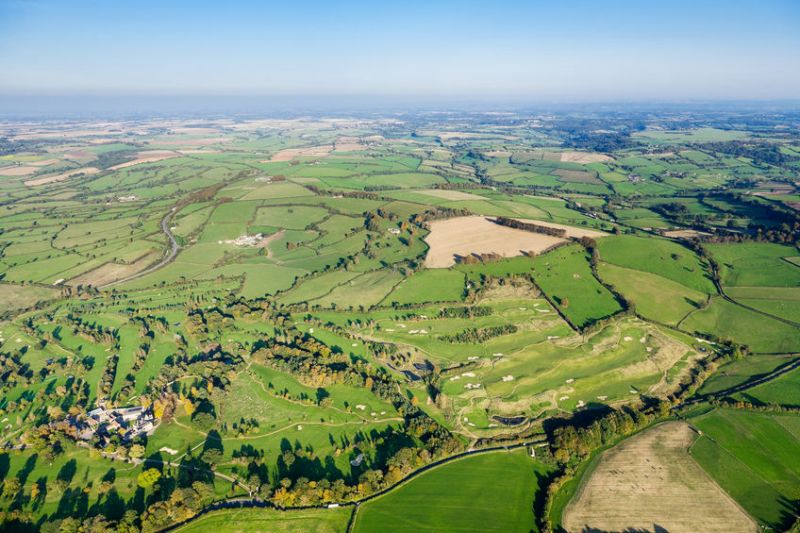 Conservative leadership candidates Jeremy Hunt and Boris Johnson have set out their views on some of the biggest challenges facing rural communities.

Both men were asked a series of questions on future rural policy by the Countryside Alliance.

Mr Hunt pledged to “fast track” the delivery of a full fibre broadband network and claimed that rural post offices would be “one of the beneficiaries of my pledge to take 90% of high street business rates altogether”.

The Foreign Secretary also said he “wouldn’t introduce any undue restrictions on legitimate gun ownership and use” and pledged that all legislation under his government “would be based on principle and evidence.”

In his responses, Mr Johnson pledged to make more funds available to address “imbalances that affect rural communities” and committed to supporting the “vital resource” of the rural post office network.

The former London Mayor also said he would ensure that laws on wildlife management and animal welfare were based on “facts rather than emotion” and said looking to change firearms legislation was “not a priority”.

Jeremy Hunt said a Conservative government led by him would 'place rural society at its heart'.

“I would boost the rural economy by cutting corporation tax and taking thousands of rural businesses, including post offices, out of business rates altogether.

“I would also roll out a national, full fibre network to every premise by the mid-2020s.”

He added: “I can also pledge to base all my policy decisions on evidence and to never introduce any undue restrictions on gun ownership or the list of wild animals it is lawful to shoot.

“Finally, I will ensure we leave the European Union so that we have full control over our agricultural and environmental policies.”

Meanwhile, Boris Johnson said rural communities will be 'central to kick starting the British economy' after the UK leaves the EU on 31 October.

He said: “Around a third of our businesses are in the countryside and I will ensure that they have access to superfast broadband by rolling out full fibre 8 years ahead of the current target in 2025.

“School budgets in our rural schools have been under pressure, that’s why I am boosting per pupil school funding, so every child gets a quality education.

“And I am the only candidate committed to leaving the EU by 31 October so we get out of the Common Agricultural Policy and deliver the support our farmers need so they can grow, sell and export more British food and drink,” Mr Johnson said.

Both men made it through a series of rounds of voting by Conservative MPs and now face a vote of Conservative Party members.

The winner is due to be announced on 23 July.

Full responses to the questions

• Will you ensure funding is available to deliver the Government’s commitment of a full fibre broadband network across the UK by 2033, prioritising connectivity in rural areas?

Jeremy Hunt: “Absolutely. In fact, I have pledged to fast track the delivery of the fibre network by five years and so will make the required funding available to roll out full fibre by 2027. I would also consider, when allocating future sale of publicly owned spectrum, that proposals would be favoured which provide close to 100% coverage in rural areas.”

Boris Johnson: “Yes. I am fully supportive of making sure that rural communities are not left behind through lack of connectivity. With close family members dotted throughout the countryside I know just how vital this is.”

• Will you commit to ‘ring-fence’ funds for rural development within the new UK Shared Prosperity Fund?

Jeremy Hunt: “I think that’s a great idea and would definitely make it part of the UK Shared Prosperity Fund if I become Prime Minister. I am also willing to consider fair allocation of the Shared Prosperity Fund reflecting share of the population. This would mean the rural element of local industrial strategies and the non-land based rural economy would feature as key elements in a national strategy for rural areas.”

Boris Johnson: “I can assure you that, under my leadership, no rural area will be left behind, and I have pledged that more funds will be made available to address imbalances that affect rural communities.”

• Will you ensure that Government policy across all areas is ‘rural-proofed’, as recommended in the recent report from the House of Lords Rural Economy Committee?

Jeremy Hunt: “Any Government of mine will have rural communities and the rural economy at its heart and so all policies will be considered in this light. I would back this up by requiring government departments and local authorities to report routinely on how rural issues have been addressed in delivery of policy objectives.”

Boris Johnson: “I will ensure that the concerns of rural communities are considered in our policies. Governments have all too often been guilty of not thinking through how policies impact on some of our most remote areas. We need to reverse that.”

• Will you commit to supporting rural post offices, and making the post office network a front office for government services?

Jeremy Hunt: “I can definitely commit to supporting rural post offices, in fact they would be one of the beneficiaries of my pledge to take 90% of high street businesses out of business rates altogether. I would also happily consider putting government services into their network. This would not only ensure they continue to be viable but make it much easier for local people to access vital public services.”

Boris Johnson: “I believe that we do need to support rural post offices, and as Prime Minister will commit to looking at what we can do to improve this vital resource.”

• Will you ensure that future agricultural and environmental policies outside the EU support upland landscapes and communities?

Jeremy Hunt: “Absolutely. The ability to develop agricultural and environmental policies that suit our own national interests is one of the main reasons why we have to deliver on our promise to leave the EU. The public goods that our new Environmental Land Management scheme will deliver must include the upland areas which are not only the most fragile ecologically but also the areas where farming could not survive without Government support.”

Boris Johnson: “Yes – and this will be easier when we are responsible for our own decision making.”

• Can you assure the 650,000 holders of shotgun and firearms certificates in the UK that there will be no undue restrictions on legitimate gun ownership and use?

Jeremy Hunt: “I wouldn’t introduce any undue restrictions on legitimate gun ownership and use.”

Boris Johnson: “We rightly have some of the strictest gun laws in the world. I believe that legitimate ownership and use should come with robust levels of responsibility too. Changing these laws is not a priority.”

• Will you seek to maintain access to the EU Firearms Pass in our new relationship with Europe, which provides free and frictionless movement of lawfully held firearms across EU countries along with Norway, Iceland, and Switzerland?

Jeremy Hunt: “That is certainly something I will make part of the discussions and it is in the interests of all participating states to come to a sensible agreement about.”

Boris Johnson: “I will be aiming to ensure that we have a trade deal that minimises friction on the cross border transfer of goods, while ensuring that our border is secure and protects UK citizens. I will be happy to discuss specific concerns as we strike that deal.”

• Will you commit to implementing measures to counter animal rights extremism, including any relevant recommendations from the Government’s Commission for Countering Extremism, which is due to report this summer?

Jeremy Hunt: “I will carefully consider the recommendations of the Commission for Countering Extremism and implement any measures which I believe will help counter all types of extremism, including animal rights extremism.”

Boris Johnson: “While I am committed to protecting animal welfare, I will not tolerate extremism, intimidation and abuse irrespective of the motives that drive it. I will consider any recommendations that come from the Commission.”

• Will you ensure that all wildlife management and animal welfare legislation are based on principle and evidence?

Jeremy Hunt: “All legislation that a Government led by me would be based on principle and evidence.”

Boris Johnson: “Yes – these are areas that rightly generate passionate debate and discussion and we therefore owe it all interested parties to base law on facts rather than emotion.”

• Can you confirm that there will be no unjustified restrictions on the list of avian pests, including those species controlled to protect crops, livestock, and biodiversity?

Jeremy Hunt: “I wouldn’t introduce any unjustified restrictions in this area and am pleased that Michael Gove has decided to issue three new general licences for the killing or taking of wild pest birds in England.”

Boris Johnson: “As with any wildlife issue the Government’s position will be driven by the highest quality independent evidence.”