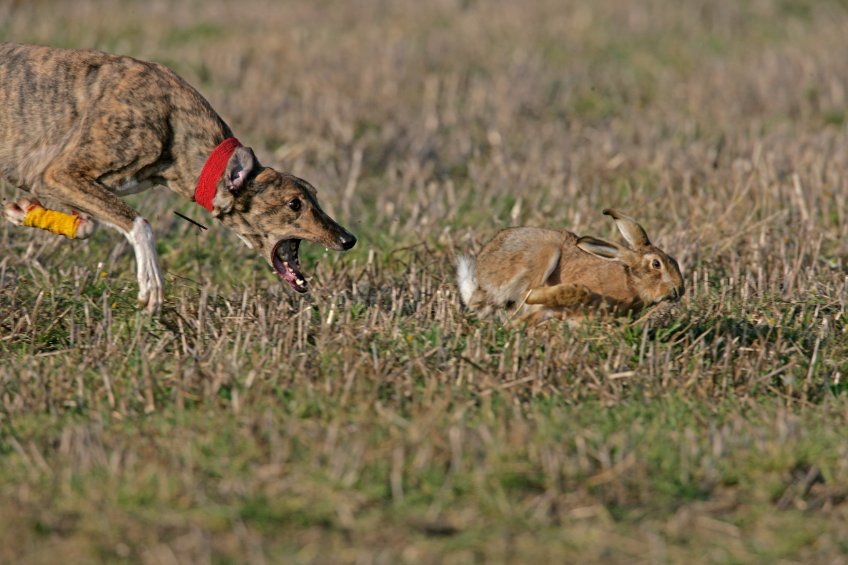 Tough new measures to tackle hare coursing come into force today, with anyone caught participating in the crime now facing an unlimited fine and up to six months in prison.

New legislation in the Police Crime Sentencing and Courts Act 2022 comes into force on Monday (1 August).

Strengthened criminal offences and powers for the courts will mean convicted offenders will be disqualified from owning or keeping dogs.

Hare coursing - an illegal activity where dogs are used to chase, catch and kill hares – is a serious problem in rural areas across the UK.

The crime is also associated with a range of other criminal activities, including theft, criminal damage on farms, as well as violence and intimidation.

The season usually begins after harvest, as poachers take advantage of bare fields.

A single incident can cause thousands of pounds worth of damage to land and crops, and see farmers and landowners violently abused.

The tougher measures include increasing the maximum penalty for trespassing in pursuit of game under the Game Acts to an unlimited fine and introducing the possibility of up to six months’ imprisonment.

Both are punishable on conviction by an unlimited fine and/or up to six months’ imprisonment.

And courts will receive new powers to order, on conviction, the reimbursement of costs incurred by the police in kennelling dogs seized in connection with a hare coursing-related offence.

Defra Secretary George Eustice said: “These tough measures will clamp down on the scourge of hare coursing, which blights rural communities, and support the excellent work which the police are doing to tackle these often persistent offenders.”

The new measures follows four years of intensive campaigning by rural groups such as the NFU, Countryside Alliance and the Country Land and Business Association (CLA).

"The devastation to livelihoods caused by poachers means rural communities must see these reforms fully implemented," he added.

"While we are delighted that the government has moved swiftly to bring these changes into effect, we need to see proper guidance for the police and courts to ensure they make full and effective use of the new powers.

"We will continue to work with all parties to ensure the measures are implemented fully and to monitor their effectiveness.”