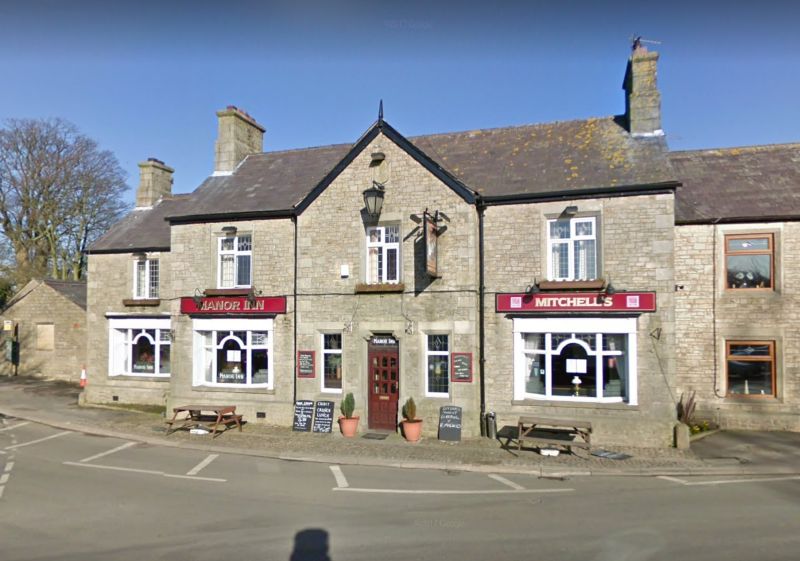 Several large bales fell onto members of the public sitting outside the pub (Photo: Google Maps)

Police have issued an appeal after a tractor shed its load which consequently injured several people who were sitting outside a pub.

Among those injured is a woman who is now in a serious condition due to a suspected spinal injury.

The incident happened in Cockerham, Lancashire at around 2.35pm on Sunday (August 25th).

The Zetor tractor was travelling in the direction of Cabus carrying large haybales, according to police.

As it passed The Manor Inn pub several of the bales fell onto members of the public sitting outside.

Beside the seriously injured woman, two men in their 60s suffered minor injuries.

No arrests have been made, but the police are appealing for information and would like to speak to anybody who saw the incident or saw the tractor in the moments before it happened.

Sgt Martin Wilcock, of Lancashire Police, said: “Several people were injured as a result of this incident and we are working hard to establish exactly what occurred.

“We are asking anybody with information about it to get in touch with us as soon as possible. Perhaps you saw it happen, or perhaps you saw the tractor shortly before the incident occurred.”

Anybody with information is asked to get in touch with Lancashire Police on 101, quoting log number 936 of August 25th.