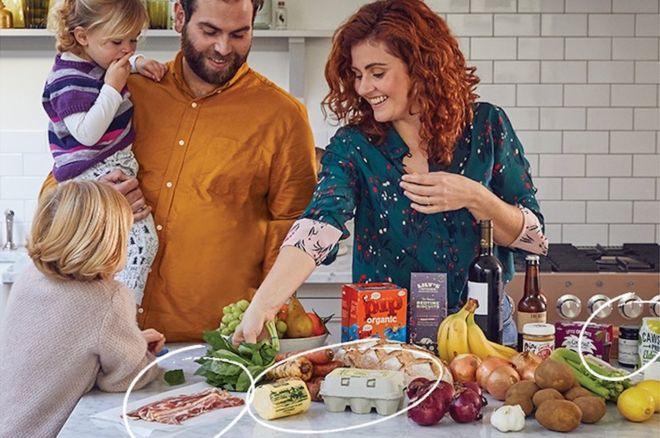 The advert depicts butter and free-range eggs from local farmers being used by a family (Photo: Farmdrop)

An advert containing bacon, butter and eggs due to run on the London Underground was rejected because it was deemed too unhealthy.

The ban came into force in February, with foods deemed high in fat, sugar and salt banned from featuring on adverts.

Farmdrop said it handed Transport for London (TFL) the advert, which depicts butter and free-range eggs from local farmers being used by a family.

The advert said: “Fresher, fairer groceries delivered to your door”.

But TfL said that due to the new ban, advertisers were responsible for making sure any adverts are 'high fat, sugar and salt (HFSS)-compliant'

The food delivery company has been told it can commence with its advert but only on the condition of cropping out the bacon, butter and eggs.

Farmdrop head Ben Pugh said: “Our ad was a mixture of balanced wholefoods, while McDonald's Happy Meals and chicken burgers are HFSS-compliant under these rules. It's crazy.

He added: “We support the ban, but it's being handled very unjustly.”