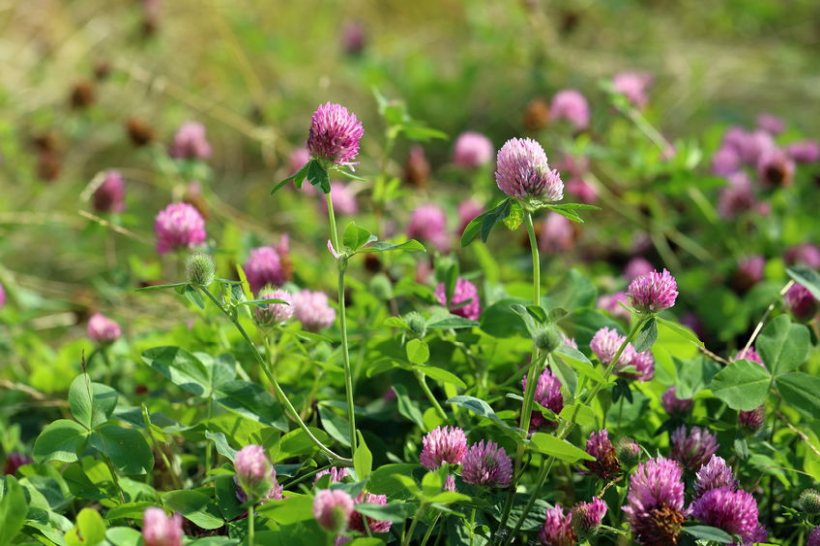 A group of farmers grazing their flocks on leys containing red clover as part of a trial could overturn old fears about the legume’s impact on sheep fertility.

If the trial is successful, it is hoped other farmers will be encouraged to make use of the environmental and business benefits of using red clover.

The four farmers, who are based in the West Midlands and Powys, are working with ADAS as part of a field lab run through the Innovative Farmers programme, managed by the Soil Association.

They plan to graze a selected group of their ewes on herbal leys containing at least 10% red clover, before and after tupping, to test the impact on pregnancy rates.

A growing number of sheep producers are beginning to reap the benefits of mixed red clover leys, but the majority are still reticent due to research conducted 50-60 years ago in Australia and New Zealand.

Gillian Preece, a sheep farmer and senior consultant at ADAS, who is coordinating the field lab trial, says this research needs updating to reflect how UK farmers actually use red clover.

“We know there are UK sheep producers using red clover successfully in their grass leys, but the science hasn’t caught up with them, and the research that exists has relevance issues,” she said.

“Red clover contains phyto-oestrogens, which when fed in large quantities can trick the ewe’s body into thinking she’s pregnant, thereby stopping her from cycling.

"In previous studies, ewes were grazed on leys containing 100% red clover, so they would have got a big hit of oestrogen.

“But most farmers in the UK would hardly ever do this and would be much more likely to include red clover in smaller quantities as part of a mixed herbal ley."

Without up-to-date research on this, Ms Preece says sheep farmers are missing out on the multiple benefits of red clover, including for soil fertility, drought resistance and reduced feed and fertiliser costs.

One of the farmers taking part in the trial is Tim Teague, a Romney sheep producer who farms around 500 acres of mainly grass in Shropshire.

“I’d read lots of conflicting advice about grazing breeding ewes on red clover,” said Mr Teague. “I asked everyone I could about it and everyone who was experienced in using it said they hadn’t had any problems with fertility.”

Last year, before the field lab began, Mr Teague tried his breeding ewes on a ley containing about 25% red clover, with successful results.

“The ewes took the tup really well – we had a very high scanning percentage at 188%,” he added.

Mr Teague says he hopes the trial will confirm what he has already found and give other farmers the confidence to use red clover.

“Red clover really opens up a lot of opportunities," he said. “It provides a really high-quality feed, and so we now finish as many lambs as possible on it and tup on it too.

"We now don’t buy in any nitrogen fertiliser or feed other than a bit of fodder beet, and my business is as resilient as it could be as a result.”

How will the trial work?

Four farmers, who have flocks of between 500 and 2,000 breeding ewes each, have selected at least 160 of their ewes for the trial, which will then be split in half on their farms.

One group will graze the leys containing red clover, and the other - the control group - will graze grass lays with no clover.

The two groups of ewes will contain a similar mix of ages, body conditioning scores and breeds.

Both groups will be grazed for three weeks before tupping and throughout the mating season. They will then be scanned, and pregnancies recorded.

The swards will be assessed for clover content when the sheep are initially put on the fields, when the rams are put in, and when the mating period ends.

Samples of both swards will also be sent off for nutritional analysis.

“Our hypothesis is that if farmers can use red clover in mixed leys then they can have all the benefits without any negative consequences,” said Ms Preece.

“There might even be a positive effect on fertility because such leys offer high feed quality.

The first results are expected in early January 2022.