Tump Farm Supreme Court case: What does it mean for farmers? 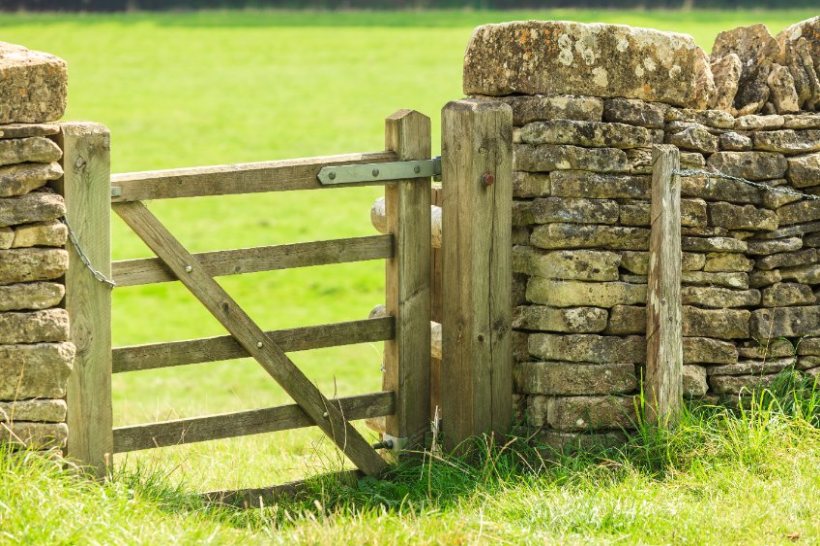 After years of wranglings over entitlement and future ownership, the case has ended up in the Supreme Court

The current Supreme Court case surrounding Tump Farm and the Guest family's dispute over inheritance and entitlement is a common occurrence in the farming community, writes Jonny Scholes, a contentious probate lawyer, who has been following the case.

The farming community prides itself on having a strong heritage and creating a long lineage, as farms are worked by and stay in families for generations.

It’s a common scenario that they’re family run and children are welcomed into the fold at a relatively early age to work on the farm.

What’s more, those children often dedicate their working lives to serve the best interests of the family business, foregoing alternative careers in other sectors or specialisms.

This is often done for modest or low pay and those children are invariably persuaded to continue in this vein on promises that it will be worth their while in the long run as the business/farm will pass to them in due course.

In the majority of cases, this works perfectly well, and the farm and its assets are passed down from one generation to the next. However, what happens if there is a falling out amongst the family and/or promises made that the farm will pass on to the child are broken?

Such circumstances can create a highly contentious situation that, in certain instances, results in legal action where the law can step in to give effect to broken promises on grounds of equity and fairness. This legal principle is called proprietary estoppel.

This is the exact situation that arose at Tump Farm, a working dairy farm which has been under the ownership of the Guest family since 1938.

Run by David and Josephine Guest, their eldest son, Andrew, left school in 1982, aged 16, and worked full time on the farm for over 30 years until 2015, when he left the farm after a breakdown in family relations.

Their story is familiar to many, particularly to those in family farming businesses. However, after years of wranglings over entitlement and future ownership, this case has ended up in the Supreme Court, the highest court in the land, as the legal system attempts to untangle this family dispute in Guest vs Guest.

What are the facts of the case?

Andrew had worked on his parents’ farm for over 30 years, living rent free in a cottage and receiving only a basic wage.

He worked in this way and made a number of operational improvements to the farm on the basis his parents had given him assurances he stood to inherit a significant portion of the farm, with the rest to go to his siblings who were less involved in the business than he was.

From 2012 onwards, cracks in the relationship began to develop and, by 2015, the parents had dissolved the farming partnership and Andrew was told to leave the farm. David also made a new will disinheriting Andrew entirely.

A couple of years later, Andrew began legal proceedings against his parents. His aim: to seek a ‘declaration of entitlement to a beneficial interest in Tump Farm under the principles of proprietary estoppel’ – an equitable remedy that effectively allows the courts to give effect to a broken promise and award a remedy on the grounds it would be unconscionable, or unfair, for the promise to be broken.

To succeed with a claim for proprietary estoppel, it is necessary to show:

• that a promise or assurance has been made;

• there was detriment to the promisee as a result of his/her reliance.

If the above is made out, the courts are able to find that it would be unjust or inequitable to allow the other party to go back on the promise. If a finding of proprietary estoppel is made, it is then a question of what relief should be awarded as a remedy.

The question of remedy is at the heart of Guest v Guest. Andrew’s case is that it was unconscionable for his parents to disinherit him after he had worked his whole life on the farm to his detriment (on low pay and not advancing any other career), in reliance on their promises he would inherit a significant part of the business and the farm on their deaths.

It should be noted that Guest v Guest is slightly unusual in that the claim was brought whilst Andrew’s parents are still alive. Ordinarily, estoppel claims do not arise until after the death of the parents, as it is only then that the broken promises come to light, and a claim is brought against an estate.

The case to date

In the court at first instance, the High Court judge ruled in favour of Andrew and found that an assurance had been made to him over many years that he would inherit a substantial share of Tump Farm and that he had relied on those assurances to his detriment.

To meet these demands, it was ordered that the farm would have to be sold. Unsurprisingly, the parents appealed against the decision on the question of how the relief awarded was calculated. The Court of Appeal again found in favour of Andrew.

The parents appealed again and so, here we are, at the Supreme Court. The case has been heard and the judgment is expected imminently.

The main question to be determined relates to the remedy awarded and whether the award to be made to a successful claimant should be based on the claimant’s expectations, or based more on the detriment suffered.

Here the contrasting positions are that Andrew asserts his expectations are the starting point (i.e. he was to inherit a significant part of the farm), whereas the parents asserted any award should be focussed on his detriment (i.e. the award should have reflected only on the improvements Andrew had made which had increased the farm’s value).

The court at first instance and the Court of Appeal found with Andrew, asserting his expectation that he would inherit a significant part of Tump Farm and this was an appropriate starting point for a remedy.

The Supreme Court’s decision should bring about some clarity going forwards for similar cases as to how the remedy should be calculated in a proprietary estoppel claim.

The Supreme Court’s decision will also decide whether David and Josephine will be forced to sell Tump Farm in order to pay the award due to Andrew.

The Court will determine whether the decision to grant Andrew a lump sum was beyond what was necessary in the circumstances, and will also weigh up the fact Andrew will be receiving the inheritance early, i.e. before his parents had died, when his expectation was to receive it upon their death. There is likely to be some discount for this element.

What impact does the case have for the wider farming community?

Disputes over inheritance and the right to a long-held family asset are not uncommon in the farming community and this type of case has been played out in and outside of the courts for many years.

Proprietary estoppel cases are well established and there is a long line of case law arising out of family farm disputes. If a person has made or is making promises that they don’t intend to keep, or may wish to renege on in the future, the courts are able to step in to prevent this if it would be unconscionable for the promise to be broken.

What the Supreme Court decision in Guest v Guest will give us is a clearer indication of how the remedy in such a case is to be calculated.

If the decision follows the lower courts, the expectation of the person given the promise will be the starting point (albeit such expectation should be reasonable in the circumstances and not extravagant or out of proportion with the detriment suffered).

David and Josephine Guest may be forced to sell their farm to fund the award due to Andrew. This is a potential outcome in any estoppel claim and great care should be taken in making any form of promise or representation or giving any assurances regarding inheritance of the farm or business.

On the other hand, if a person has been given various promises or assurances over time that have since been broken, they may well still have an opportunity through the legal system to seek a remedy that avoids an unjust outcome.

What is evident from the Guest v Guest case is that a claim may also be brought whilst the person who made the promise is still alive if there is sufficient knowledge or evidence that the promise has been or will be broken.

What is also clear is that, whatever the result, these cases will continue to arise.