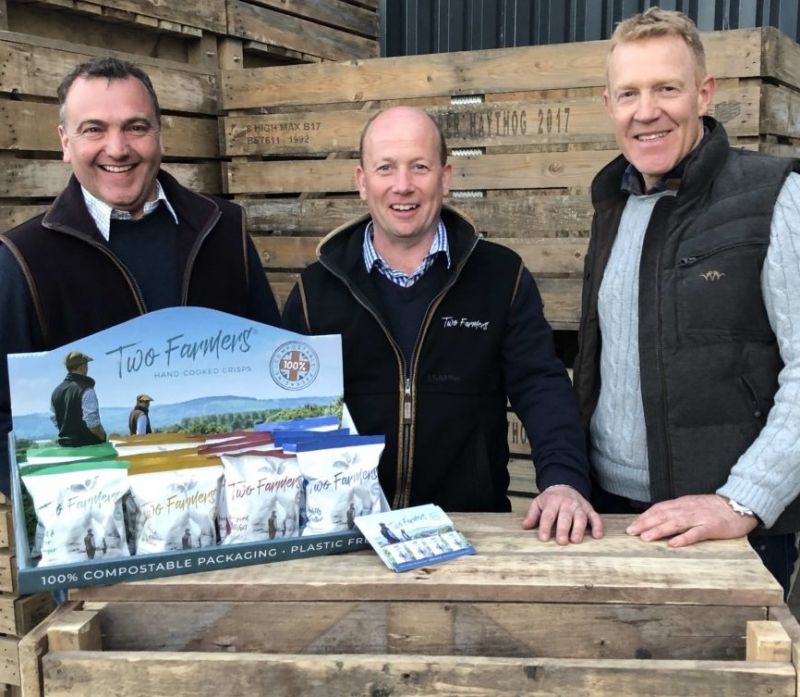 In April, BBC One’s Countryfile team paid a visit to the farmers to find out more about their sustainable crisp enterprise

Two Herefordshire farmers have won a major business award for their efforts in developing a sustainable crisp brand.

They maintain control throughout each process as part of their sustainable snack brand, Two Farmers Crisps.

The pair even use 100 percent compostable packaging, which means their bags completely break down in a home composting environment over 26 weeks.

Both farmers have now been acknowledged as a 'Champion' in this year's Countryside Alliance Awards' Rural Enterprise category.

The awards, in its 14th year, were handed out to the top rural enterprises in the country by Defra minister Lord Gardiner of Kimble, on Wednesday 19 June.

The cream of rural businesses from across England and Wales descended on Westminster to find out if they were to be crowned national champion.

This year there were more than 18,000 nominations.

'Crisps and the environment'

“Mark Green and Sean Mason have developed a sustainable crisp brand using their own Herefordshire potatoes.

“But their greatest invention is the fact they are the first crisp brand to use a 100% compostable packet which will biodegrade in just 26 weeks in a home composter.

“No longer do we need to worry about the impact our favourite snack is having on the environment,” she said.

Meanwhile, The Sussex Peasant, based near Brighton, was crowned winner of the Local Food and Drink category.

Ms Lee said: “Stepping into the converted old horsebox reveals an Aladdin’s cave with a veritable feast of local food.

“Ed’s passion for supporting local farmers and ensuring local communities know where their food comes from is the driving force behind this enterprise.”