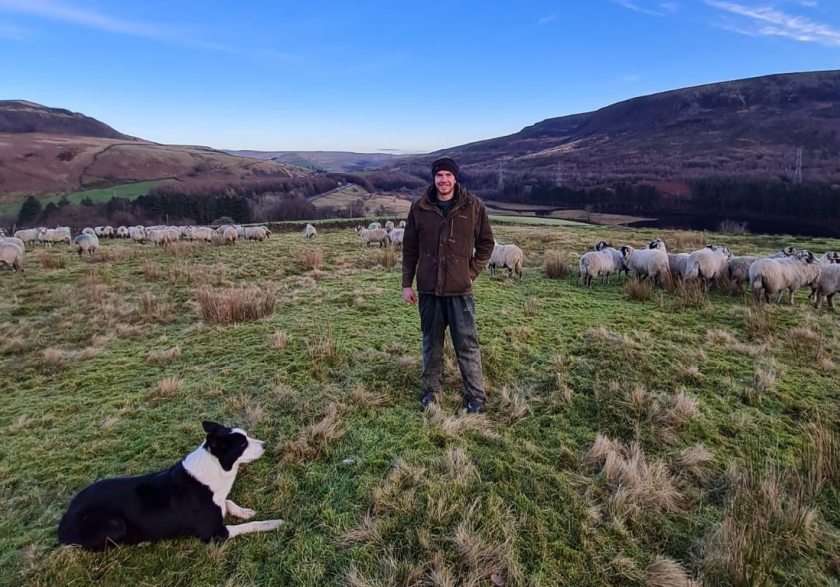 Alistair Bland, 24, has taken on the management of a large holding owned by United Utilities

Two young farmers are breathing new life into the Peak District after United Utilities let out parcels of land to them as part of a new entrant programme.

Sam Bolton, 29, and Alistair Bland, 24, are working on land in the Goyt Valley and High Peak respectively.

Sam, who hails from Macclesfield, has taken on 1,000 hectares of land in the Goyt Valley for his 1,200-strong flock of Mule and Swaledale sheep.

This part of the valley hasn’t been grazed for 20 years, and it is hoped Sam’s flock will improve habitat management and reduce the risk of wildfire.

His next big task is scanning his flock to see how many lambs he can expect in the spring.

“I like traditional sheep farming - it's a big commitment, there are no short cuts with shepherding.

“You’re out there in all weathers and there’s always something to do,” he added.

Alistair Bland, the 24-year-old son of one of the tenant farmers, has also recently taken on the management of a large holding owned by United Utilities.

In 2019, he took charge of 70 acres of land where he keeps 250 Cheviot Mule and North of England Mule ewes.

In his new position as farm manager of a 4,500 acre hill farm at Crowden in High Peak he will be primarily breeding Swaledale draft ewes and mule ewe lambs.

“I enjoy working outside and could never see myself working in an office,” explained Alistair, who grew up on the family farm and knew from a young age that he wanted to work with livestock.

“After A-levels I did a degree in Agriculture with Animal Science at Harper Adams University then spent six months working on beef and sheep farms in New Zealand after graduating.

“Sheep farming can be a difficult industry to get into but I’ve been lucky to have received a lot of support from family and friends,” he added.

United Utilities land manager, Ross Evans, said the initiative was trying to encourage new young entrants to the agricultural land sector to drive the future of the industry.

He said the aim of these tenancies was to manage the land in an environmentally-sensitive way in order to maintain good water quality.

“Around 70 percent of our tenanted land is within a government environmental scheme and these tenancies are making an important contribution to this,” he added.

“On these particular land holdings, our tenants are involved in tackling important climate change measures through their active land management.”

The reintroduction of grazing on certain sites and wider habitat management is also expected to encourage breeding birds and rare species back to the area.