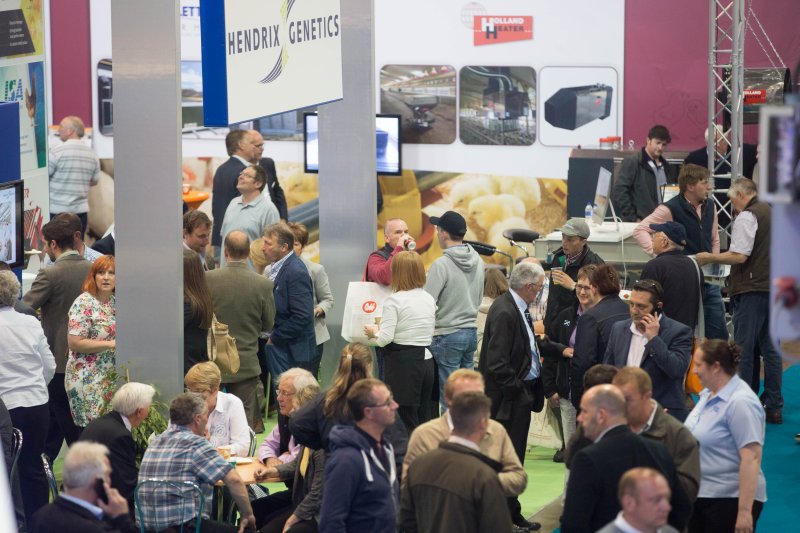 The Pig and Poultry Fair, the leading event for the UK pig, poultry and egg sectors, will be cancelled along with Grassland & Muck

Two notable agricultural shows in the industry's calendar have been cancelled due to the spread of coronavirus.

Both the British Pig and Poultry Fair and the Grassland & Muck Event, which were due to take place 12 May and 20 May respectively, will not go ahead.

The Royal Agricultural Society of England (RASE) trustees met on Monday (16 March) and have agreed to cancel the shows.

It comes as the government advised on the same day that mass gatherings should not take place.

Prime Minister Boris Johnson added that social venues, including pubs, should be avoided.

He said: "It remains true - as we said in the last few weeks - that this sort of transmissions of the disease at mass gatherings such as sporting events are relatively low.

"Logically, as we advise against unnecessary social contact of all kinds, it's right that we should extend that advice to mass gatherings as well."

Grassland & Muck is a two-day triennial event organised by the Royal Agricultural Society of England.

It showcases a collection of machinery, live demonstrations and grass plots, along with advice and technical forums.

The Pig and Poultry Fair, the leading event for the UK pig, poultry and egg sectors, showcases the latest innovations and new ideas.

A statement by RASE said: "While we are sorry to have to make this announcement to cancel, it is the right decision to protect the health of the industry and indeed the wider population in these unprecedented circumstances.

"We will be in touch in due course to confirm future plans for both events."