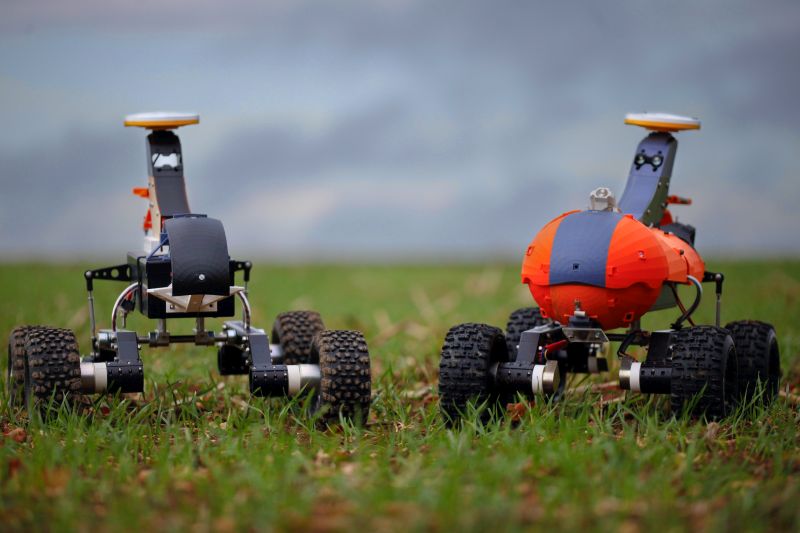 The start-up seeks £700,000 to finance its non-chemical weed zapping robot 'Dick' to field trials, and the manufacture of a fleet of 'Tom' monitoring robots for its commercial weed mapping service.

The agri-tech business harnesses the power and precision of these robots to improve the way that food is produced while minimising chemical usage.

It has secured more than £2.5 million in funding to date, including £1.2m from its previous Crowdcube raise and more than £1m in government Innovate UK grants.

The next crowdfund raise will help the company to begin manufacturing its robots, as well as delivering its weed zapping technology.

“Precision farming is a $10 billion opportunity. Agriculture is on the cusp of radical change. Precision, and not speed, will define the future of farming - and our technology is leading the charge,” Sam Watson-Jones, co-founder, said.

“There is a huge amount of investment going into agritech at the moment, and Crowdcube opens this opportunity up for private investors.

“Almost a third of our previous £1.2 million successful crowdfunding raise was from farmers, demonstrating the readiness of this industry to embrace change.”

Small Robot Company is currently in field trials on 20 farms across the UK, working in conjunction with farmers to develop its sustainable farming technology.

Trial farms include the Waitrose Leckford Estate farm and the National Trust Wimpole Estate, who are both already trialling the firm's first commercial weed mapping service, which uses its next generation ‘Tom’ monitoring robot to first locate the weeds.

An initial prototype will go into field trials in 2020, with the commercial weed zapping service anticipated to be available from autumn 2021.

This is a major technological milestone which will enable automated, precision, per-plant weeding both at scale and autonomously, for the first time providing a post-glyphosate future for arable farmers.

With up to 95% of chemicals wasted in the current farming system, this new non-chemical weeding technology will be significantly more nature-friendly and better for biodiversity, the company says.

Meanwhile, 'Wilma', the firm's other robot series, is now in use for commercial weed identification and decision support.

Working with partner Cosmonio, work is now underway for identification of grass type weeds such as blackgrass, brome and ryegrass, the mapping of which is scheduled to follow next autumn.