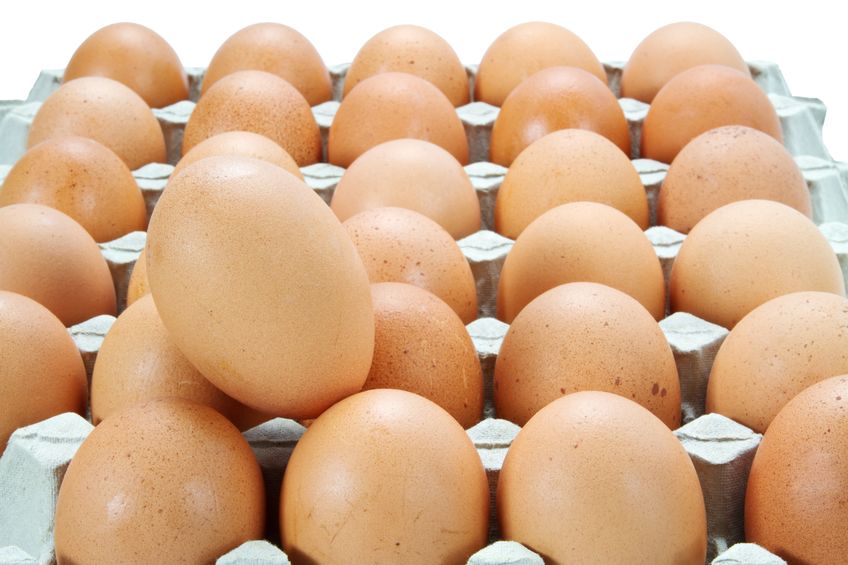 Barn egg numbers have surged by nearly 40 per cent in the UK, according to the latest figures released by Defra.

The number of barn eggs passing through UK packing centres increased by 39 per cent year-on-year in the first quarter of 2019, although the increase is from a small base.

A total of 146,000 cases of barn eggs passed through packing stations during the period from January to March this year.

Just 105,000 cases passed through packing centres in the same three-month period last year. Barn egg supplies are up by 4.3 per cent on the final quarter of 2018.

The figures come as the deadline for the big switch to cage-free approaches.

All major retailers in the UK and some leading food manufacturers have committed to moving away from using cage eggs by 2025 at the latest, following pressure from animal welfare campaigners.

Many retailers are expected to adopt barn eggs as the value egg replacement for enriched cage - Tesco has announced that it will be sourcing barn eggs - although barn producers suffered a setback last month with the suggestion that Sainsbury's would stop buying barn supplies next year.

Producers in Northern Ireland supplying Skea Eggs have been told that Sainsbury's will not stock barn eggs beyond the end of March next year.

Sainsbury's would neither confirm nor deny the decision. It said: “In order to meet increasing demand for free range eggs while offering the best possible value, we recently made some updates to our supplier base.

“We are working closely with our suppliers to ensure a smooth transition and supporting them in any way we can.

The latest increase in barn supplies sees the number of barn eggs recover to the highest level since 2016.

Barn egg numbers peaked at 166,000 cases during the third quarter of 2016, although barn production is now expected to grow.

Research carried out by ADAS on behalf of the British Free Range Egg Producers Association (BFREPA) suggests that retailers are looking at large barn systems used in the United States and Europe as a possible cage replacement.

The latest packing station figures show that free range continues to grow. Nearly 4.2 million cases of free range eggs passed through UK packing centres during the first quarter of this year, compared with 3.9 million cases in the first three months of 2018. The figure represents a year-on-year rise of 6.4 per cent.

Eggs produced from hens in enriched colony systems now account for 42 per cent of the total throughput of eggs - three percentage points lower than the first quarter in 2018.

Free range eggs account for 53 per cent of all eggs - two percentage points higher than in the first three months of 2018.

The latest Defra figures show strong growth in supplies of organic eggs. The 244,000 cases packed during the first quarter of this year were up by 26 per cent on the 194,000 cases that left packing centres in the same period of 2018.

The figures are a reflection of renewed confidence in the organic egg sector. In April this year Soil Association trade consultant Finn Cottle said that organic eggs were outperforming the rest of the organic market.

The Soil Association’s latest organic market report showed that the United Kingdom’s organic sales grew by 5.3 per cent in 2018. Finn said that organic egg sales were up by 13 per cent by value.

She said that organic eggs now accounted for eight per cent of the egg sector. “This is one of the highest penetration categories,” said Finn. “The market is now worth approximately £70 million - now bigger in value than the organic table birds market. New customers are definitely coming into the category.

“The move to flexitarian diets and eating less meat, has had a significant impact on the growth for organic eggs. We believe that the diet conscious consumer, who is focused on health, is more inclined to choose organic.”