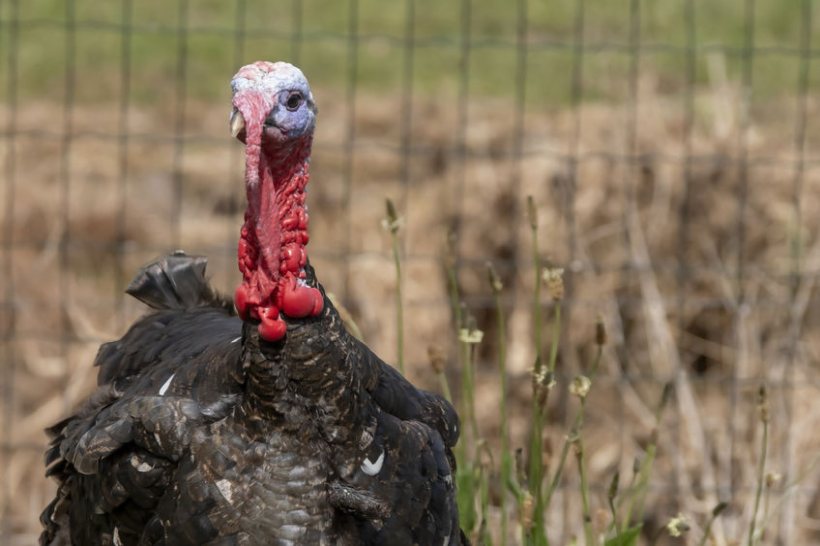 The livestock sector uses CO2 in the slaughter process, packaging, and chilling stages of meat production

The government has agreed a deal with CF Industries for the US firm to restart CO2 production after high gas prices forced it to stop production, threatening food shortages.

The government's agreement with CF Fertilisers will allow the company to immediately restart operations and produce CO2 at its Billingham, Teeside plant.

As part of the deal, the government will provide financial support toward the firm's operating costs for three weeks 'whilst the CO2 market adapts to global gas prices'.

A sharp increase in gas prices had caused the fertiliser plant, along with the firm's other site in Cheshire, to close. The latter will remain shut.

The food and farming industry had warned that the public could start seeing gaps on retailer shelves within days if there was no intervention in its supply.

For example, the livestock sector uses the gas in the slaughter process, packaging, and chilling stages of meat production.

The British Poultry Council (BPC) had warned that if any of those stages were slowed or interrupted then the supply of meat would be put to a halt.

Illinois-based CF Fertilisers produces around 60 percent of UK’s CO2, used primarily by the food sector, but also in other industries such as healthcare.

Announcing the multi-million pound deal, Business Secretary Kwasi Kwarteng said: "This agreement will ensure the many critical industries that rely on a stable supply of CO2 have the resources they require to avoid disruption.

"The quick and decisive action we have taken to resolve the issue shows the seriousness with which we have approached it.

"In our ongoing response to manage the impact of global gas price rises, we will continue to protect businesses and consumers."

But the British Meat Processors Association said the crisis highlighted the fact that the British food supply chain was 'at the mercy of a small number of major fertiliser producers'.

"We rely on a by-product from their production process to keep Britain’s food chain moving," CEO Nick Allen said.

“This time, we’ve had zero warning of the planned closure of the fertiliser plants in Ince and Stockton-on-Tees and, as a result, it’s plunged the industry into chaos."

Ranjit Singh Boparan, owner of Bernard Matthews and 2 Sisters Food Group, had warned that a shortage of both CO2 and workers would affect the supply of turkeys this Christmas.

"The supply of Bernard Matthews turkeys this Christmas was already compromised as I need to find 1,000 extra workers to process supplies. Now with no CO2 supply, Christmas will be cancelled," he said.

"The CO2 issue is a massive body blow and puts us at breaking point, it really does - that's poultry, beef, pork, as well as the wider food industry.

"Without CO2, the bottom line is there is less throughput and with our sector already compromised with lack of labour, this potentially tips us over the edge."