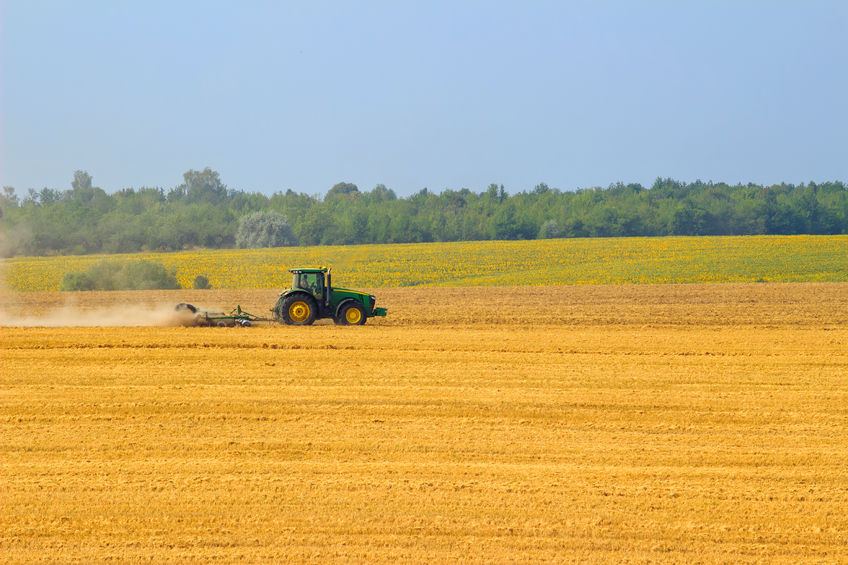 A government minister has sparked an angry reaction from farmers' leaders by revealing that the UK would leave the Common Agricultural Policy at the end of March 2019 even if the Prime Minister succeeded in securing a two-year transitional Brexit deal.

The Prime Minister Theresa May called for a transitional deal with the rest of the European Union during her speech in Florence, Italy in September this year.

Such an agreement would delay the UK's complete departure from the EU until 2021 but, during NFU Scotland's autumn conference, Scotland Office Under Secretary of State Lord Ian Duncan indicated that the UK would leave the CAP at the end of March 2019 even if such an extension was agreed.

The Government has previously guaranteed current financial support for agriculture until 2021. However, Lord Duncan said at the Perthshire conference that the sooner the UK was free to decide how to spend this money the better.

He said Environment Secretary Michael Gove wanted to be able to leave both the CAP and the Common Fisheries Policy as soon as possible.

His comments were greeted with concern by both the NFUS and the NFU and by the Scottish Government's Minister for UK Negotiations on Scotland’s Place in Europe, Michael Russell. He said: “Farmers need certainty on money, labour, trade and regulation and these comments by Lord Duncan simply create extra confusion.

“If true, Scottish farming would suffer greatly. We won’t have the start of trade negotiations until early 2018 and it’s simply impossible to put in place detailed plans in just over a year, not least because we don’t yet know the outcome of those talks.

“It makes it difficult to do business with UK Government if this is how they behave and Lord Duncan needs to say whether this is an honest mistake, or whether he has reinvented the cliff edge and started to push Scottish farming off it.”

FarmingUK sought its own clarification from the Westminster Government on its position on CAP. A spokesman simply said: "Leaving the EU and building a new partnership with the EU means that we will leave the Common Agricultural Policy and the Common Fisheries Policy.

Whilst the Prime Minister has called for a transitional agreement, her Government appears to have since hardened its position on EU departure through a last-minute addition to its Parliamentary withdrawal legislation inserting the exact time and date of withdrawal from the European Union.

The additional clause seeks to stipulate in legislation that the UK will leave the EU at exactly 11pm Greenwich Mean Time on March 29, 2019. This addition has been seen as a concession to Brexit Ministers in her Government, although it has angered many MPs in her party.

They say it will undermine Government negotiators who may need some flexibility to clinch a late trade deal with their EU counterparts.

“Farmers and growers are becoming increasingly alarmed at the prospect of a 'no deal' departure from the EU," he told Farming UK. "The resulting disruption to trade, access to labour and business stability would pose a fundamental threat to the viability of many of their businesses."

The agricultural industry has already reported increasing difficulty in securing the migrant labour needed both on the land and in the UK's food factories. In Cornwall, the county council recently told the Government that crops were rotting in the fields because farmers could not get the labour they needed to harvest them.

Meurig Raymond said, “A transitional period will be crucial if we are to reach a Brexit settlement that backs British farming, although we await further details on exactly how such a transition will work.

“We believe at least two years is needed to ensure a smooth Brexit, while also agreeing a future relationship between the EU and UK which recognises their mutual importance in terms of trade.

“With over 70 per cent of our exports of food and non-alcoholic drinks being sent to EU markets, the NFU has been making the strongest case for a comprehensive free trade agreement between the EU and UK.”

NFU Scotland said it was trying to secure clarification from Westminster on the Government's exact position on Brexit and the Common Agricultural Policy.

Its director of policy, Jonnie Hall said: "Clarification and certainty is still being sought from UK Government on its position but NFUS has been crystal clear - any sudden departure from the CAP from 2019 without adequately funded fully devolved measures that meet Scotland's specific needs in place would be unacceptable.

"In reality, we need a transition to adjust properly from 2019 to at least 2022, allowing businesses to plan for operating in a new market and policy environment.

"There must be no cliff edge or other major upheaval in an era already defined by uncertainty and ebbing confidence. We want clear leadership and commitment from the decision takers - and farming will deliver."

During the NFUS autumn conference, the union's president, Andrew McCornick, said there was a great deal of frustration over the lack of political progress on Brexit negotiations.

The NFUS had pursued its three priorities of securing friction-free trade, access to skilled and competent labour and a future support package for Scotland that was adequately funded, fairly allocated and would underpin a policy framework specifically designed for Scottish farming’s future needs.

“Post-Brexit and post-CAP, Scottish agriculture has an opportunity to move away from area-based schemes that have incentivised inertia," he said.

"That will need the devolved delivery of schemes and measures that are fit for Scotland’s needs, underpinned by a recast support package that is adequately funded, ring-fenced and properly targeted."

Mr McCornick said Scottish farmers and crofters need to move forward with confidence, which means a need for friction-free trade that protects the "hard-won provenance" of the Scottish brand and recognises the "exceptional production standards" that the country has built.

He continued: “For our farmers, crofters and food and drink sector to move forward with confidence we need friction-free trade that protects the hard-won provenance of the Scottish brand and recognises the exceptional production standards that we have built our reputation on.

“For us, a single market and customs union, at least through transition, is a must. At the same time, future trade deals must not suck in cheaper food produced to poorer standards," he said.

“Trade and labour issues are just as critical to the future well-being of both primary production and food and drink manufacturing. With a target turnover of £30 billion by 2030, food and drink will continue to generate greater returns for Scotland than areas like oil and gas, but that needs access to skilled and competent labour - both seasonal and permanent - to make it work.

“The onus is on politicians to make this happen and that needs political posturing and grandstanding to end."

The NFUS said it accepts that there will be overarching elements of regulation which are best-suited to be managed on a UK framework basis, such as labelling rules, animal welfare and pesticides regulation, in order to maintain a functioning UK single market.

The Scottish Government must retain the ability to manage support and implement schemes, policies and regulations as it currently does as a devolved nation delivering the CAP.

“What is managed on a framework basis must be commonly agreed. NFUS has been crystal clear that any move which will drop down a Defra-centric policy on to Scotland is unacceptable."

The question of devolved powers is another issue that has caused controversy in the Westminster Government's Brexit withdrawal bill. Opposition politicians have accused the UK Government of an attempted power grab over responsibilities that will return to the UK from Brussels once the country withdraws from the EU.