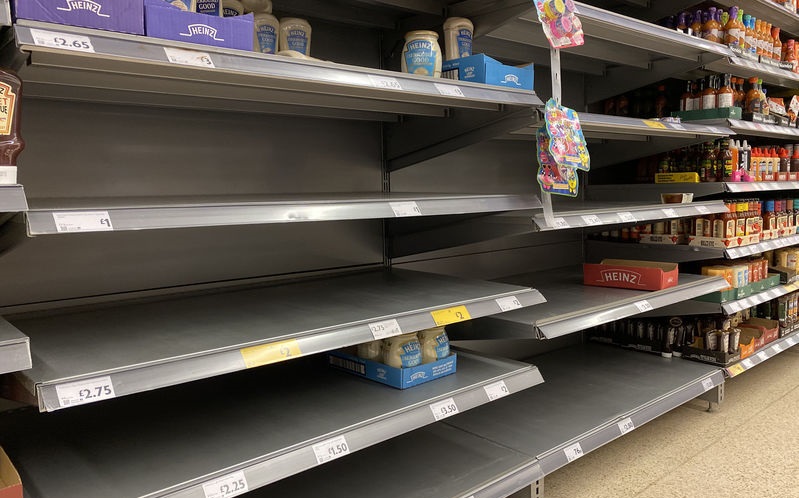 2 Sisters Food Group has warned that Brexit had 'acutely reduced' available workers across the food sector, along with the affects of the pandemic and the so-called 'pingdemic'.

Ranjit Singh Boparan, founder and president of the poultry processor, said the current challenges were like no other he had seen in his 27 years as a food entrepreneur.

“Things have to change - and now – or we’ll see the worst food shortages in 75 years, and no-one wants to see panic buying,” he warned.

Brexit has reduced workers across the food sector. 2 Sisters has seen, on average, 15% shortages for its 16,000 workforce this year, the majority who work in chicken and ready meal production facilities.

Mr Boparan claimed government were 'sticking their head in the sand' over the issue, along with the growing problem of ingredient and wage inflation.

The firm has seen 'unprecedented' wage inflation across its supply chain in skilled roles; ranging from hatcheries, to farms, to logistics and delivery.

The food sector has also suffered hits with ingredient inflation, with feed inflation sitting at an eight-year high.

Wheat, soya and other components have risen by more than 50%, packaging up 20% and energy costs up 30%.

Mr Boparan said: “I have seen lots of change over the years – but nothing compares to now. The use of the term ‘perfect storm’ has become a cliché, but never has that been a truer phase to use.

"No-one could possibly have predicted that this toxic cocktail would come together at this time. It started with the pandemic – and in the last week or so with ‘pingdemic’.

"But since May this year the operating environment has deteriorated so profoundly I can see no other outcome than major food shortages in the UK."

The supply of chicken and turkey is also 'under threat', he said, with the firm's retail partners and the wider supply chain working 'closer than ever before' to ensure food supply was retained.

He warned the government needed to 'act immediately' if it wanted to avoid 'the most serious food shortages that this country has seen in over 75 years'.

Mr Boparan went on to ask a series of questions: “Why is the government still paying furlough to around two million people with the economy essentially open and yet we have an on-going labour crisis?

"Why is it not reclassifying our frontline workers to the correct status so we have a corridor open for EU workers into the UK?

"Why is it not allowing for key workers in the food industry who are double vaccinated to continue their work when they are 'pinged'?" he asked.

Mr Boparan called on the government to 'act now' to support the sector given its unprecedented challenges.