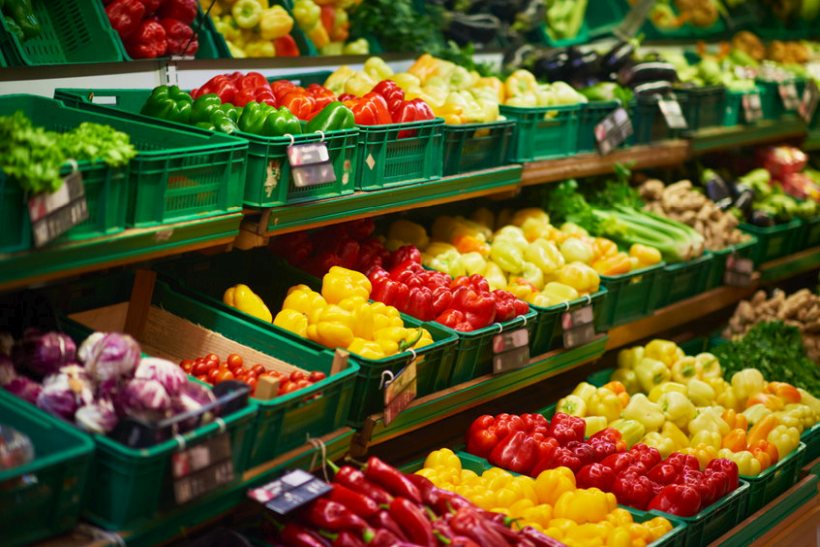 More than two thirds of UK food imports originate from nations with worse environmental impact standards, according to new research.

Last year, the UK imported £24.5bn worth of four key food commodities - fruit and veg, meat, cereals, and dairy and eggs - but analysis shows 69% of these imports were lower-standard.

By value, the UK is already a significant net importer of food, importing £39.5 billion of food between March 2021 and February 2022 and exporting £13.9 billion.

But the report, by Savills, warns that losing UK production to third countries as a result of increased UK costs risks offshoring more food production to countries where traceability and environmental standards may not be guaranteed.

The research analysed the provenance of this imported food and scored the relative environmental impact of each exporting country.

It revealed that over two thirds - 69%, or £16.8bn - of the UK’s food imports originated from nations with worse environmental impact scores than the UK.

For fruit and vegetables and cereals, this proportion increased to a staggering 77%. 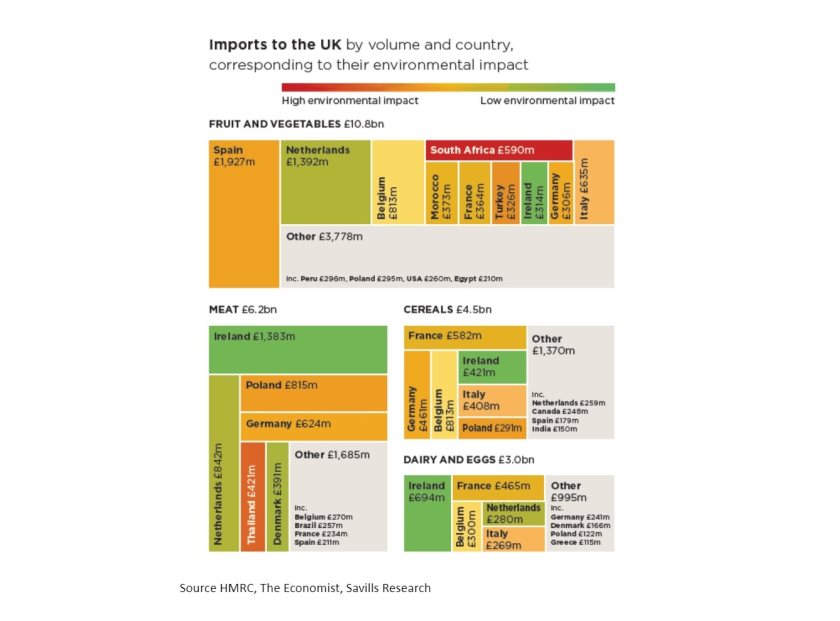 Imports to the UK by volume and country, corresponding to their environmental impact

Emily Norton, head of rural research at Savills said: "While the UK can improve standards of its own food producers, the scope to impose them on imports through trade deals is much more limited.

"Unilateral tariff cuts on food imports in the name of the cost of living crisis is a short-sighted fix to a long term problem.

"It’s important the government acknowledges that preserving and improving domestic food production is vital in meeting domestic targets for biodiversity and nature, as well as consumers’ access safe food.”

The government’s Green Trade report stressed that the UK is well placed to take a leading role in setting a precedent for the way in which trade deals can target environmental impact.

Andrew Wraith, Savills head of food and farming said: “UK producers are seeing higher environmental standards being implemented through legislation but also through evolving supply chain requirements which are impacting on costs of production.

"Confidence in investment in domestic production is undermined by the prospect of cheaper imported supply produced against different standards.”