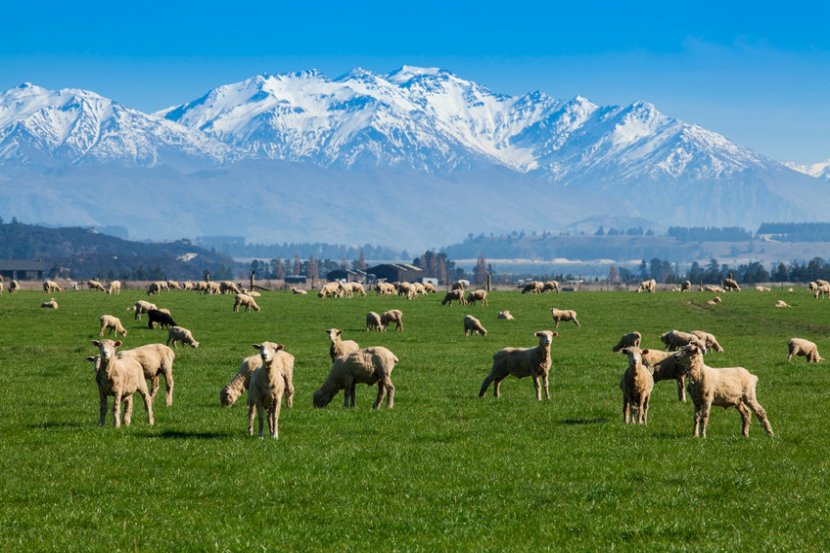 The government has been urged to explain how post-Brexit trade deals will benefit British farmers following confirmation of a UK and New Zealand free trade agreement.

Tariffs as high as 10% will be removed on UK goods such as clothing, ships and bulldozers, and on New Zealand products including wine, honey and kiwi fruits.

However, the free trade agreement with New Zealand is unlikely to boost the UK's gross domestic product.

An extremely small proportion of UK trade is done with the country, less than 0.2%, according to the government's own figures.

Responding to the announcement, the NFU warned the deal contained "little discernible benefit" for British farmers.

But the prime minister said the development was 'great' for the UK, as it would cut costs for exporters and open up access for workers.

Mr Johnson said: “This is great trade deal for the United Kingdom, cementing our long friendship with New Zealand and furthering our ties with the Indo-Pacific.

"It will benefit businesses and consumers across the country, cutting costs for exporters and opening up access for our workers.”

It follows the recent trade agreement struck with Japan and the deal struck in principle with Australia.

The government hopes these deals are a step towards joining a free trade trade club with countries such as Canada and Japan.

But the UK farming industry fears that farmers will be unable to compete with these countries due to lower production and animal welfare standards.

NFU President Minette Batters said the new deal would mean "opening our doors to significant extra volumes of imported food" while "securing almost nothing in return for UK farmers."

"We should all be worried that there could be a huge downside to these deals, especially for sectors such as dairy, red meat and horticulture," she warned.

“The fact is that UK farm businesses face higher costs of production than farmers in NZ and Australia, and that margins are already tight here due to labour shortages and rising costs on farm.

"The government is now asking British farmers to go toe-to-toe with some of the most export orientated farmers in the world, without the serious, long-term and properly funded investment in UK agriculture that can enable us to do so."

She said it was 'worrying' that the government hadn't implemented a 'coherent approach' to bolster UK farming's productivity as it continues to sign trade deals.

This could damage the viability of British farms in the years ahead to the detriment of the public, the NFU president added.

She said the trade deals involve "significant upsides for farmers on the other side of the world but contain little discernible benefit for UK producers."

She warned that the only winners were "the mega-corporations who run New Zealand's meat and dairy farms".

"As our economy recovers from the pandemic, we need trade deals that will boost jobs and growth, open up big new markets for UK exporters, and support our objectives to buy, make and sell more in Britain."

The committee highlighted the 'distress and concern' within the farming community following the announcement of the UK-Australia trade deal.

Parliamentarians also urged the government to clarify details of the Trade and Agriculture Commission (TAC), which was set up to scrutinise new free trade agreements.

The TAC's creation had provided the British farming sector with reassurance that the government would engage with farmers' concerns about the potential weakening of the UK’s high standards when sealing deals.