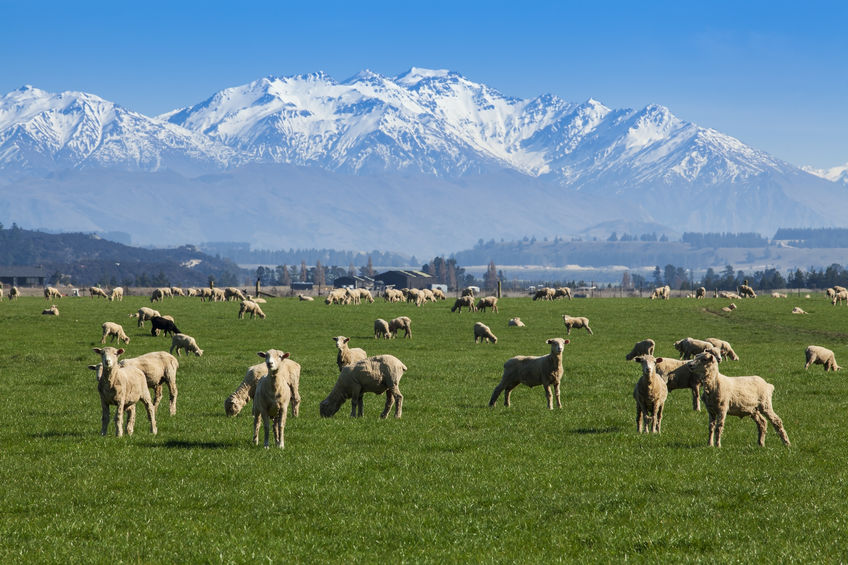 Tariff cuts on New Zealand's agri-imports including dairy, lamb and beef could be included in the upcoming trade deal with the UK, according to reports.

The UK government have set their sights on New Zealand as their next target for a major post-Brexit trade agreement.

Earlier this week, it was announced that the government had reached a trade agreement with Australia, marking the first negotiated by the UK since it left the EU.

The government said British farmers "will be protected by a cap on tariff-free imports for 15 years, using tariff rate quotas and other safeguards."

But farming groups fear that producers will be unable to compete with Australia due to their lower production and animal welfare standards.

Concerns are now likely to rise even further, after New Zealand's Export Growth Minister Damien O’Connor told the Financial Times that any deal between the two countries would probably be similar to Australia's.

He said tariff cuts on New Zealand farm exports including dairy, lamb and beef would be among Wellington’s demands.

However, the minister said that British farmers should not fear New Zealand imports.

The UK and New Zealand held discussions on Thursday (17 June) toward the conclusion of the free trade agreement.

Negotiating teams will now accelerate talks and spend the coming weeks finalising details with the aim of reaching agreement in principle in August.

But the spokesperson added that it would "not sign trade deals that compromise our high environmental protections and food standards."

Farming groups have consistently said that any imports must be produced under the same rigorous production and animal welfare standards that UK farmers have to adhere to.

The committee highlighted the 'distress and concern' within the farming community following the announcement of the UK-Australia trade deal.

Parliamentarians also urged the government to clarify details of the Trade and Agriculture Commission (TAC), which was set up to scrutinise new free trade agreements.

The TAC's creation had provided the British farming sector with reassurance that the government would engage with farmers' concerns about the potential weakening of the UK’s high standards when sealing deals.

But in a new letter to International Trade Secretary Liz Truss, the MPs said the TAC's recommendations were being 'ignored' and 'left to gather dust'.

EFRA urged the government to respond to the TAC's key recommendations 'without delay', and to appoint a Chair and members that would 'scrutinise' FTAs before the parliamentary summer recess at the latest.

Despite these concerns, Ms Truss said the UK and New Zealand were committed to striking 'a modern, liberalising agreement'.

She said it would forge closer ties between "two island democracies that believe in free and fair trade".

"I am pushing UK interests hard in areas like services, mobility and investment, and want a deal that cuts tariffs on our exports, makes it easier for our service providers to sell into New Zealand, and delivers for consumers here at home.

"We have intensified negotiations and moved closer to an agreement that works for both nations."