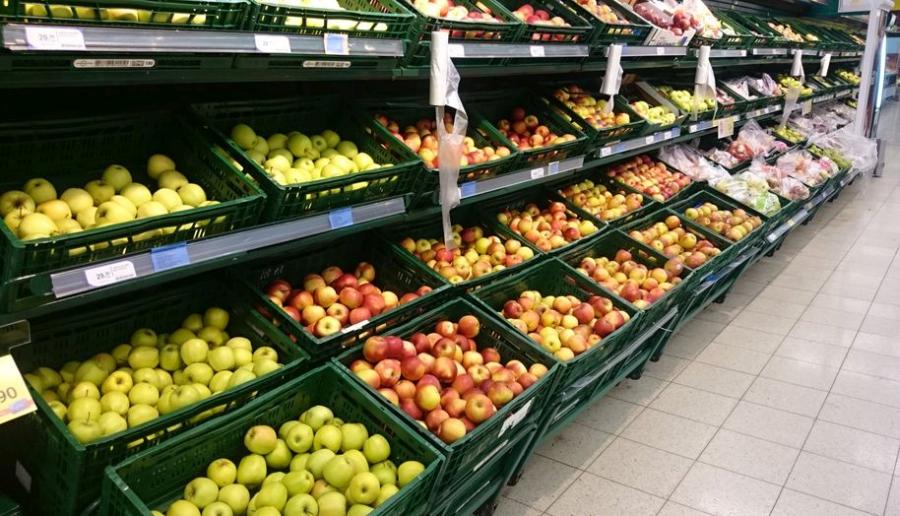 The report claims that in 2017, 87% of pears, 64% of apples and a quarter of bread contained 'pesticide cocktails'

The UK is 'failing to protect' the public's health from 'pesticide cocktails' as a quarter of all food consumed contains them, a new report claims.

Organisations PAN UK and Soil Association say some food items in the UK contain traces of up to 14 different pesticides.

Their new report 'The Cocktail Effect', released on Monday (21 October), states that the mixtures are also being found in soil and water.

It goes on to warn that post-Brexit trade deals could lead to a rise in the number of pesticides authorised for use in the UK and an increase in the level and variety of pesticides permitted in food.

Both outcomes would increase the exposure of the public and environment to potentially dangerous pesticide cocktails, the report says.

Josie Cohen from PAN UK said: “Because of the overuse of pesticides in agriculture, we are constantly exposed to a wide array of different chemicals which can interact to become more toxic creating a ‘cocktail effect’.

“Yet the government continues to assess the safety of just one pesticide at a time. The truth is we simply have no idea of the human health and environmental impacts of long-term exposure to hundreds of different pesticides.”

The report claims that in 2017, 87% of pears, 64% of apples and a quarter of bread contained 'pesticide cocktails'.

It adds that the government’s testing data for 2018 shows residues of 157 different pesticides, including 63 known, possible or probable carcinogens, and 41 suspected endocrine disruptors.

To remedy this, both groups call on the government to adopt 'nature-friendly, agroecological' approaches to farming.

They also urge the introduction of a pesticide reduction target and a system for monitoring the impacts of 'pesticide cocktails'.