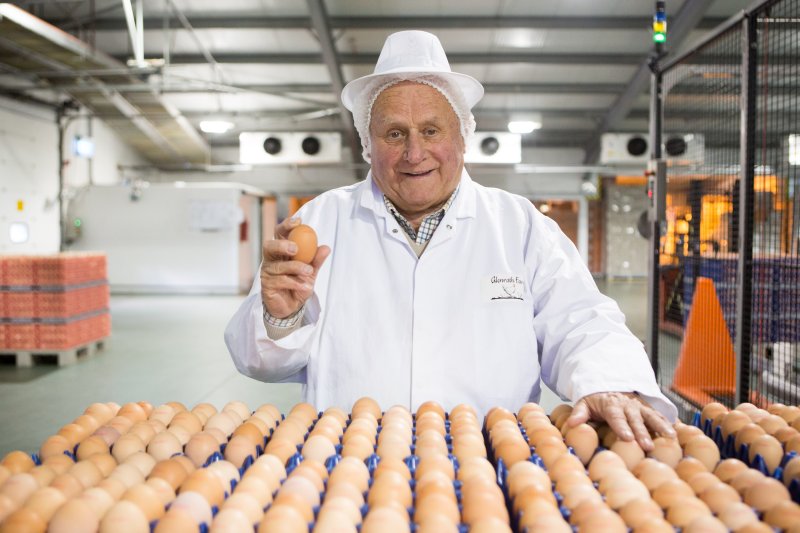 All major retailers in the UK and some leading food manufacturers have committed to moving away from using cage eggs by 2025 at the latest.

But this change could come earlier than planned, according to one of the UK's leading egg production and marketing companies, Glenrath Farms.

Chairman Sir John Campbell said in his latest annual report: "I forecast that major retailers will cease to sell colony eggs to customers before the impending deadline of 2025.

"With demand for colony eggs continuing to reduce, we have accelerated our conversion programme whereby the former colony production facilities are being converted to barn production in our large modern poultry houses, despite the fact that some supermarkets have discontinued selling barn eggs."

Sir John said in his report that Glenrath's customers would continue to stock barn eggs: "We are of the view that our principal customers will continue to operate within this sector of the market."

He said that, whilst conversion costs were "considerable", he believed that "our sound judgement will help us to manage this delicate and challenging situation."

Enriched cage eggs now accounted for just 25 per cent of Glenrath's supermarket sales and this percentage was still falling.

She initially aimed her campaign at Tesco. Once Tesco committed to going cage-free, she turned her attention to other leading retailers. Asda and Morrisons subsequently made the cage-free commitment and they were followed by discounters Aldi and Lidl and then the convenience chain, Spar.

Sainsbury’s, the Co-op, Waitrose and Marks and Spencer stopped selling cage eggs some years ago.

The most recent statistics produced by Defra showed that supplies of barn eggs surged by more than a third last year as major retailers get closer to their cage-free commitment.

The number of barn eggs passing through United Kingdom packing stations increased by 36.28 per cent compared with the previous year.

Sir John said in his annual report that switching to barn production involved large investment by Glenrath, but despite this the company had managed to remain profitable.

"Despite the large investment being made by the company in meeting our customer demands, we have remained profitable throughout," said Sir John in his report.

Sir John said that demand for free range eggs was still increasing and Glenrath would continue to invest in the expansion of its free range production, although he said the market was very competitive.