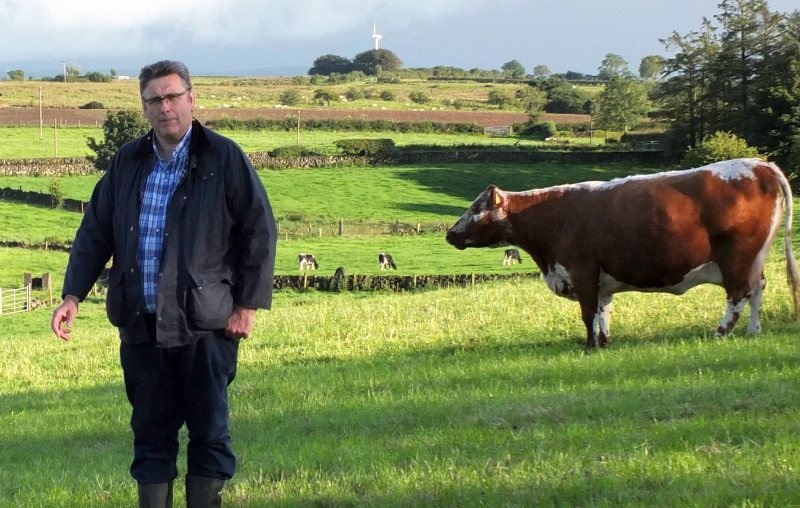 A virtual event will see the first ever open-auction sale of elite Irish Moiled cattle to be held online in accordance with the Covid-19 guidelines.

With a reputation for quality and distinction, this native cattle breed has increasingly gained interest from all over the globe during the last few years.

The Irish Moiled Cattle Society will work with Harrison & Hetherington (H&H) to deliver this first time public sale, with an entry of a 38 head - 26 females and 12 males.

The virtual timed auction will start on Thursday 24 September at midday and will end 48 hours later, on Saturday 26 September.

Brian O’Kane, Chairman of the Society, said the auction would be an 'elite sale with some of the best Irish Moiled Cattle in the world'.

“It is a niche market that is currently growing," he said, "People are going back to native breeds which are easy to look after, easier to calve and are milkier animals.

"This is because the breed remains true to its native traits, and so has many big selling points such as being naturally polled and being a great mother."

One of just a few surviving native breeds to the island of Ireland, the Irish Moiled is gaining attention beyond Britain’s shores.

They are a hardy, medium-sized breed with a dual-purpose for both milk and beef. They also boast a long life which sees them calve well into their teens.

Worldwide, the premium beef is in high demand for its marbling and flavour.

The Irish Moiled cattle society has been at the forefront in protecting the unique genetics of the breed.

It has a certification scheme which verifies the cattle as 100% Irish Mollied pure bred, including DNA parent profiling.

Mr O'Kane said: "With the current emphasis on the environmental impact of farming this breed can offer a fantastic opportunity for environmentally conscious farmers to thrive in the industry.

"It's ability to out winter and fatten on a grass-based system coupled with its highly marketable appearance make it an attractive opportunity."