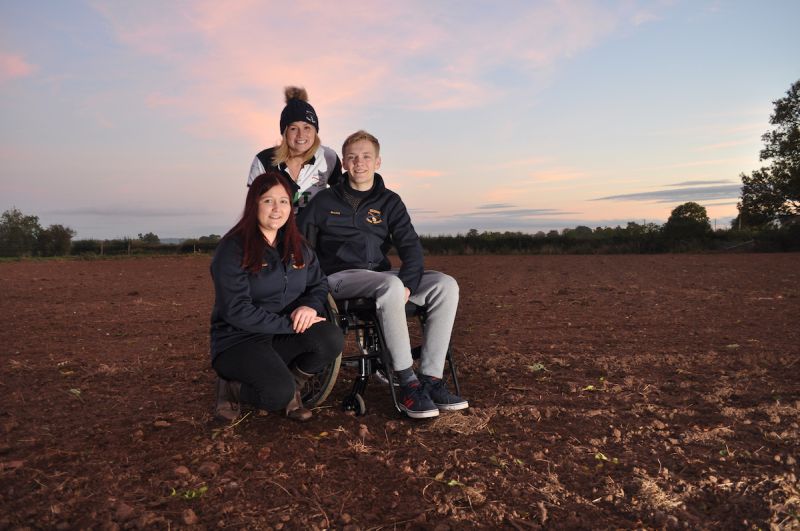 A nationwide celebration of Young Farmers’ Clubs is underway to show the value of the organisation to rural young people.

Members of the rural youth organisation have been asked to share messages on social media about what YFC means to them and to promote the benefits of being a member of a club.

The wider industry has also been asked to answer the question ‘What does YFC mean to you?’ and messages of support will be shared online throughout the week.

For one young farmer in Eccleshall YFC, Staffordshire, being part of a YFC meant vital support after a life-threatening spinal injury.

Dan Moseley, 21, was in hospital for six months earlier this year after a trampoline accident left him unable to walk.

Despite this, his YFC friends have been helping him through this challenging time. He said: “What is getting me through it is the support and friendship of everyone in YFC. My friends took it upon themselves to raise funds so that I can get some specialist equipment to help me in this next stage of my life – they called it ‘Get Moseley Back On The Move’.

“They’ve done all sorts of things like long distance bike rides and have raised an incredible £20,000. I feel very lucky to be a part of YFC. If I wasn’t, I don’t know what sort of state I’d be in now.”

The week-long celebration includes the opportunity for a YFC to win £350 for recording the best promotional video. The videos are being judged by NFYFC’s President and Countryfile presenter Charlotte Smith and star of BBC’s The Hill Farm Gareth Wyn Jones.