Unions call for UK MEPs to 'understand and engage' with farmers 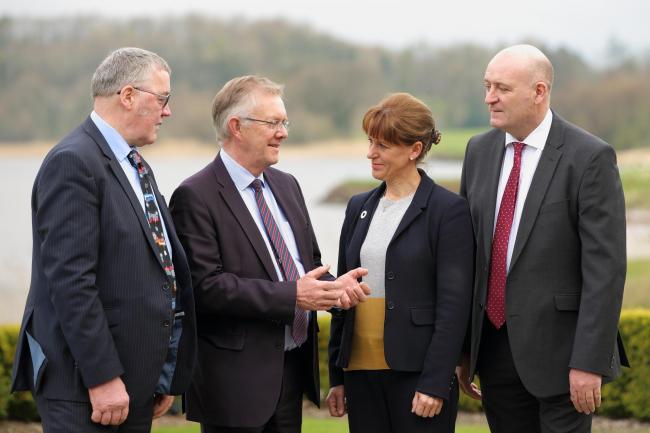 Four farming unions have called for those UK MEPs to be elected in the upcoming European elections on 23 May to 'understand and engage' with farmers.

The unions have published a document ahead of the elections calling for a policy environment that allows farmers to 'grow and thrive'.

It highlights six 'critical' policy areas where action is needed, these are Brexit, Trade and Standards, Climate Change, Environment, Healthy Plants & Animals, and Science and Innovation.

The leaders of NFU, NFU Scotland, NFU Cymru and the Ulster Farmers Union state that they want to engage with both UK politicians and those from the EU to highlight the importance of working with farmers.

They state that a no-deal 'cliff edge' Brexit scenario must be avoided and for all policy makers to protect agri-food trade in a future relationship between the UK and the EU.

Outside of Brexit, the unions call for policies that allow farmers to reduce greenhouse gas emissions by boosting 'competitiveness and profitability' and for plant protection regulation to be 'led by science'.

In a joint statement, they said: “However long UK MEPs are in post, it is important they understand and engage with UK farmers.

“Whatever the outcome of Brexit we need a policy environment that allows farming businesses to continue to deliver benefits for the public such as high quality, affordable food and protection for our wildlife and countryside.

“These ambitions are not only hugely relevant for the UK but also across the EU and they start with ensuring that developments on Brexit prioritise the needs of farm businesses and the long-term prosperity of the agri-food sector.”

The presidents add: “We must maintain our positive relationship with our European neighbours and work in partnership with them to develop an enabling regulatory regime that allows our sector to thrive.”

The policy document comes as the EU's 28 member states prepare to vote in what is likely to be a battle between the pro-EU mainstream and the rise of populist, anti-EU parties.

Meanwhile, Downing Street has confirmed that MPs will be asked to vote on Brexit again in the week commencing 4 June whether or not the government and Labour have reached a deal.

The government said it is “imperative” to pass legislation ratifying Brexit before parliament ends for the summer break in July.