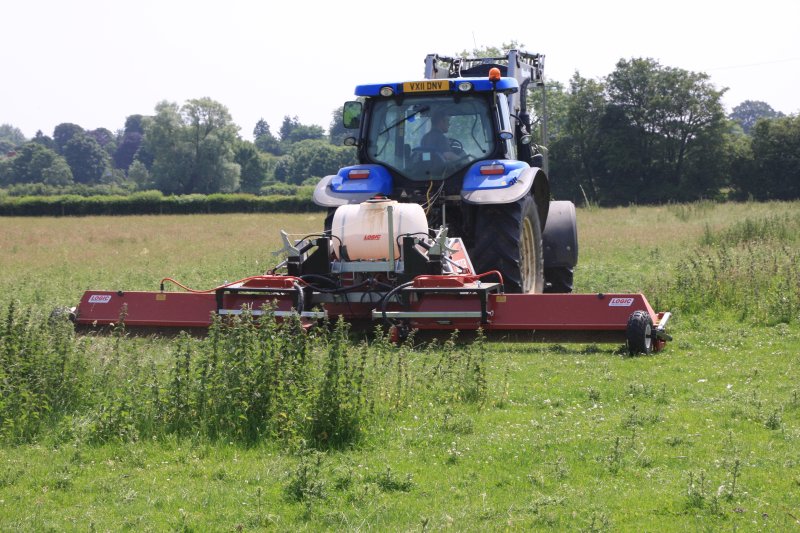 United Utilities is offering farmers free hire of weed wipers and aerators in a drive to reduce pesticides entering the River Dee.

The offers run until October 2020 and are open to farmers with land around Bala in Gwynedd, Wales.

Weed wipers use glyphosate which is considered to be less harmful to the environment because it breaks down quicker than selective broadleaf herbicides such as MCPA, 2,4-D and Mecoprop.

These common herbicides are used to control broad-leafed weeds and rush infestations and have been detected through routine water quality monitoring in the Dee catchment.

Although the levels found have been too low to cause environmental or health risks they increase the cost of treating raw water, United Utilities explained.

Aerators are an effective way to maximise production and reduce water run-off from compacted soils.

"On compacted soils it can also help improve yields and soil drainage reducing fertiliser losses from run-off and improving the soil retention of nutrients from slurries and manures.

"Aerating soils can also help reduce flooding as rain penetrates into the soil rather than washing straight off taking soil and nutrients with it," Mr Llewellyn-Smith said.

The weed wiper can be used to treat anything that is significantly higher than the grass including rushes, docks and thistles.

It is more targeted than a spray as a properly adjusted weed wiper only applies herbicide to the weeds, United Utilities explained.

It added that this saves money as less of the herbicide chemical is required for the process.

"The combination of no spray and less chemical makes it a safer method of weed control for both the user and the wider environment,” Mr Llewellyn-Smith said.

The water firm has been running its weed wiper offer farmers in the Upper and Middle Dee and Llangollen Canal catchments for three years.

It has hired out the weed wipers 58 times to treat a total of more than 728 hectares.